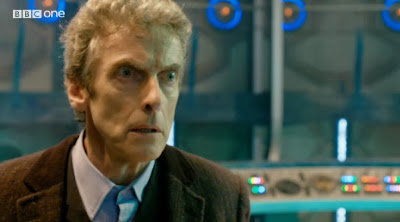 Steven Moffat has been making the rounds and has been suggesting that a change is coming for Doctor Who.  Besides the obvious of the new Doctor Peter Capaldi Steven Moffat has suggested that the show tone needs to go in a different direction than what we have all known from the previous series. Here is what Steven Moffat has to say about it.

"It changes all the time, and it's keeping ahead of the audience in a way. All shows age and they all age sort of in the same way. You learn how to do it, you get really slick at it, and then you think you're really, really slick at it and everyone's started to yawn. And you think 'oh God, we're really slick at this but everyone knows what we're going to do.
So now we've got to actually get a bit raw at it and do it in a different direction. It happens on every show – you get good at it and 'good at it' is the enemy in the end."

“If Russell had stayed on, [Doctor Who] would still have changed. I remember when we had our handover chat, he was saying, ‘so what are you going to do? Are you going to change that?’ And I said, ‘well, what would you change?’ and we both agreed, ‘it’s time to kick a lot of stuff out’. And, actually, it is time again to do that.”


Lets hope the tone of the show changes as the way it is now has gotten a bit stale and a change of direction will be good.  My hope is that they return to the Gothic type of stories they did during the first four seasons of Tom Baker.
Source: IO9 & Kasterborous
Posted by DR5WHO at 12:45 PM

Email ThisBlogThis!Share to TwitterShare to FacebookShare to Pinterest
Labels: doctor who, Doctor Who Series 8, Series 8