Doctor Who - DVD Details For "The Moonbase" 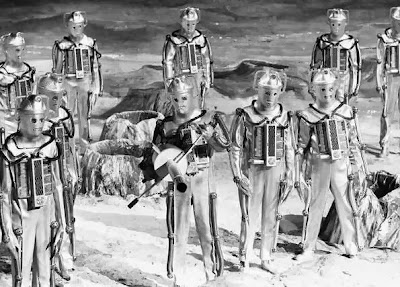 Here is the DVD details for the Patrick Troughton story The Moonbase.  This is the earliest Patrick Troughton story to be released so far to date unless there happens to be more stories recovered.  Unfortunately episodes 1 and 3 are still missing but do not fear they have been animated and now we can see the return of The Cybermen but most importantly another story with companions Ben and Polly. Below are the DVD details for this upcoming release.

Special features on the DVD include:

Lunar Landing – Cast and crew look back on the making of the story. With actors Anneke Wills, Frazer Hines and Reg Whitehead, plus production assistant Desmond McCarthy.

Photo Gallery – Production, design and publicity photos from the story.