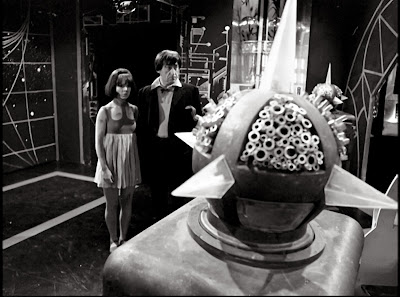 Doctor Who Superfan and Episode Hunter Ian Levine has recovered some Doctor Who episodes in Taiwan.  He was hoping that it was stuff that was missing like The Space Pirates bu it ended up being episodes that have already been recovered.  What he found was all from Patrick Troughton's last season which aired in 1969.  The stories from season six that he found was The Dominators 2 and 3, The Seeds Of Death 2, and The War Games 1 and 2.


The hunt goes on. I have found five 16mm Dr Who film prints in Taiwan, but it's 2 eps of Dominators, 2 of War Games, and one Seeds Of Death.