Initial Thoughts – Like this show but did I really want to invest in yet another world of horror and fantasy? I Like this show and at times it is repetitive but it does enough right to keep me watching. This season appeared to have a couple of differences that do appear to be working. The cast of people in the know has grown quite a bit and beside the Adalind story line, everything seems to be working well. 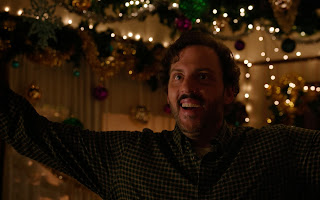 The Plot – Nick starts off this season as a zombie and while he seems to have recovered, there is still something up with him. Juliette's first full season knowing he is a Grimm should be interesting and like all other characters, they seem to all be on board the Grimm gang boat. There is something brewing with Captain Renard and his family and this should come into play by the finale. I continue to enjoy this progression of the main plot lines and the individual stories have been entertaining.

Highlights -I enjoy the chemistry between Monroe and Nick. We don't see much of that as Hank, Rosalee and Juliette are now part of the Grimm gang. The ensemble does work for the most part but I wonder if its too many people.


Future – Not sure what they can do to freshen up the series a bit. We are seeing some very old and rare Wesen. I would guess more history of the Grimms and more mythology behind the Wesen world would be good. The ratings have been excellent. The move to Friday did nothing to slow this series down.

Email ThisBlogThis!Share to TwitterShare to FacebookShare to Pinterest
Labels: grimm