Initial Thoughts - I have followed this show since day one and have a loyalty that has stood the test of time with a few not so great seasons. The show has been attempting to go in a few different directions and over the past 2 seasons it has gotten a bit better. This season would continue to follow the problem of angels on Earth that was seen in last season's cliffhanger.

The Plot – Castiel is no longer an angel and there are many angels roaming the Earth, picking sides and starting a war. Meanwhile Sam is dying and Dean asks a passing angel for help. This angel inhabits Sam in order to heal him but he has his own agenda. The king of Hell is being held by the Winchesters and Kevin is going crazy. 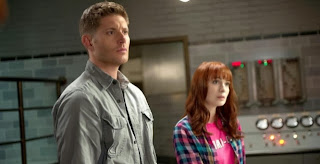 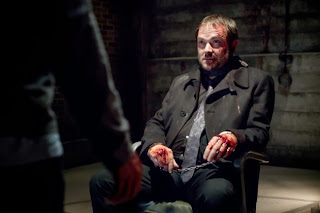 The Highlights – Charlie's Wizard of Oz episode was pretty good as was “Bad Boys” which has a great flashback story of a young Dean and his first true love. “Dog Dean Afternoon” is the seasons first silly story and as usual, lives up to the usual silly episodes. It is great to see Jodi back as we were never sure if she survived Crowley's attack last season.


What's Next – I would hope Castiel saves Kevin and the team go after Ezekiel. I think this has been a better season than the last couple but still is lacking that one two punch it used to have in the early years. Supernatural is doing well in the ratings.