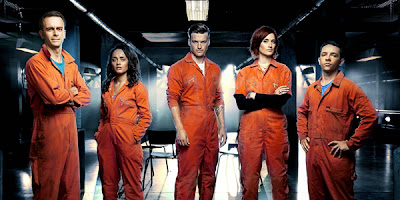 Initial Thoughts -I have followed this show for 5 years and have to admit that I have not been that keen on the most recent cast. With that said, this show always seems to find its way and eventually produces some incredible seasons. The show is rough and very adult and can be obnoxious. The characters are often horrible at times but somehow you grow to like them and by the end. The fourth season was not my favorite and the gradual cast change had something to do with it.

The Plot – As with every season, there seems to be a directionless method to the stories but there is a method to the madness. A new group of super powered people take the background of the majority of the season but begin to become important toward the end. Relationships develop and the usual use and mis-use of power continue to plague our delinquents. Overall the season, as with most from Misfits, rights itself by the middle and finishes strong. 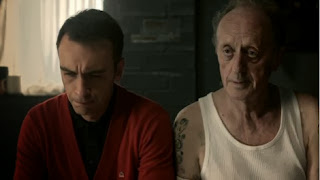 The Highlights – Rudy (Joseph Gilgun) was an extremely annoying character at first but both of his personalities (he has the ability to split into three selves) shine throughout the season. The development of the new super hero group and the sudden travel through time (thanks to yet another super powered person) puts a spin on the whole story. Soon it is a battle of good vs. evil and intelligence wins in the end. The Probation Worker from the past 2 years (played by Shaun Dooley) is hilarious as usual.

The Future – well, after 5 seasons Misfits is done. Overall the series ranged from being spectacular to okay but it always took characters you hate and made them likable. Sometimes the super power element was nearly forgotten as some of the characters had really bad powers. This was okay because when they needed their powers, it was almost a surprise. I still prefer some of the earlier seasons but this season showed us what a group of super powered people could have become and how our group managed to stay together and combat the bad guys. Once they know that they can do good in society there may be hope for them to use their powers for good and while their community service ends, so does their immaturity. Maybe....

Email ThisBlogThis!Share to TwitterShare to FacebookShare to Pinterest
Labels: Misfits