Doctor Who - The Moonbase DVD Cover Revealed and Release Dates 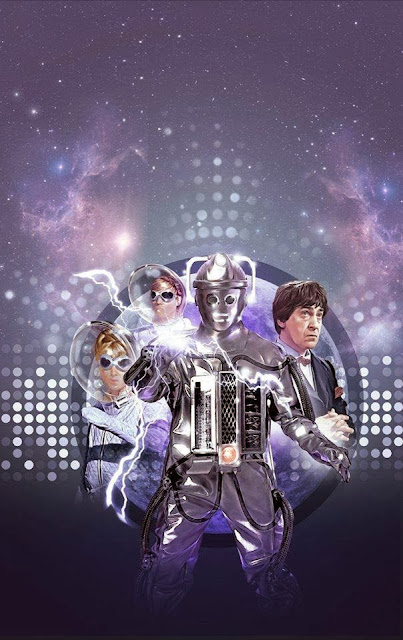 The Patrick Troughton Story "The Moonbase"  will be release in January in the UK and February in North America.  The story will be released with episode one and three animated as those two episodes are still missing at this time.  What is strange is that the UK release date has two different days as Amazon UK has it as January 20th while the BBC Doctor Who Shop has it as January 6th.  Take that as you may but it seems strange to move this release up to the beginning of the month after it was moved back from its original release with the 10th Planet back in October.  The North American release is on February 11th.  You can pre order The Moonbase which brings us the return of The Cybermen at the links below the synopsis.

In 2070, Earth’s weather is controlled with ease from the Moon. When the TARDIS arrives at the Moonbase, the Doctor, along with his friends Polly, Ben and Jamie, is accused of starting a plague that is killing off the base’s crew. It’s not long, however, before the time travellers discover the true cause of the deaths – a powerful, unstoppable race that the Doctor has met before: the Cybermen.