Doctor Who - Newly Recovered Missing Episodes Could Air On BBC4 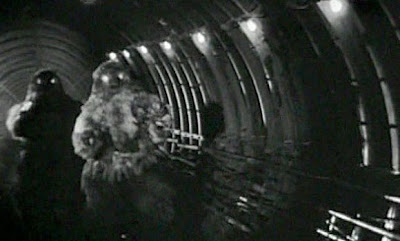 The Radio Times has an article stating that the two missing Doctor Who stories that were recovered and released on iTunes in October might be getting an airing on BBC 4 in 2014.  The Enemy of the World and The Web of Fear which was found in Africa by Philip Morris has been the jewel find of 2013 and the BBC have the right and desire to air these two stories on television.  It is not yet known if they intend to air the recon for episode three of The Web of Fear but I would imagine they would instead of showing the story incomplete.  If the BBC are successful in getting the stories aired it would be the first time they were aired on tv in 47 and 46 years.

Email ThisBlogThis!Share to TwitterShare to FacebookShare to Pinterest
Labels: doctor who, Doctor Who missing episodes, The Enemy of the World, The Web of Fear