Doctor Who - His Last Bow: A Tribute To The Eleventh Doctor The Most Alien Of Timelords By @BlackAdder345 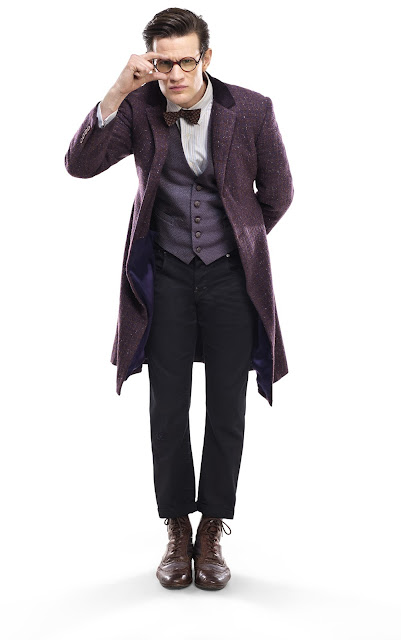 His Last Bow:
A Tribute To The Eleventh Doctor The Most Alien Of Timelords
By Will Barber – Taylor

The Doctor has had eleven (twelve if you count John Hurt, but let’s not get into all that) faces, the most recent being Matt Smith. Smith will soon be replaced by the twelfth Doctor, Peter Capaldi but before he departs The Eleventh Doctor will have one final adventure, an adventure that will test his metal.

As I write this piece it is raining outside, lashing it down in fact. The Christmas decorations are up and most of the presents are wrapped. It is ten days until Christmas Eve, the night before the first airing of The Time of The Doctor. The Eleventh Doctor’s time is up. What an era it has been. 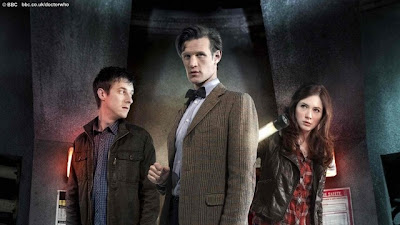 The Eleventh Doctor is really the darkest of the modern Doctors. While Eccleston was the guilt ridden survivor and Tennant the best hero you could ever imagine, Smith’s Doctor is a darker more sinister figure. He lurks in the background, wiping every trace of himself from existence yet still managing to boast about his own legend. While many see him as the ultimate loveable Doctor, it is really a facade. We see this particularly in The Day of The Doctor. When asked by Hurt’s Doctor if he can remember how many children were on Gallifrey when he destroyed it Smith’s Doctor replies that he has forgotten. Tennant’s Doctor rounds on him asking:

You forgot! Four hundred years, is that all it takes?!

Smith quips that he has “moved on”. Tennant’s Doctor, still angry, cries:

Where?! Where can you be now that you can forget something like that?!

Smith replies “Spoilers”. The whole scene shows quite clearly that Smith’s Doctor is not only arrogant but dwells on his own self. Similarly in A Good Man Goes To War he seems utterly smug at his victory over Madam Kovarian and her gang. His own smugness and arrogance proves to be his downfall in the fact that while he is congratulating himself, Kovarian manages to ultimately win. This all comes from the Eleventh Doctor, more than any other incarnation being completely out of tune with humanity. He is the true modern alien Doctor. And that is not a bad thing; though you have the dark alien side of The Doctor, you also have breaking through at certain points, his childlike, alien glee at things that are ordinary. Like Fezs, Bowties and Jammie Dodgers.  The Eleventh Doctor may have a dark core but he also has a brilliant whimsical side. Both may seem incredibly different but they stem from the Eleventh Doctor’s sense of utter alieness. 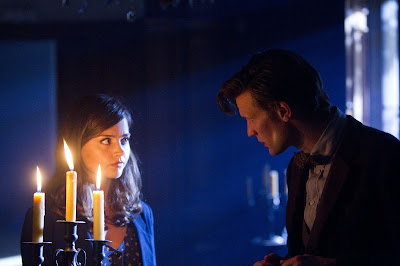 The stem of the alieness seems to spring from his lack of a human companion for most of his life. This demonstrates to us that without the anchor of humanity provided by the likes of Rose Tyler, Sarah Jane Smith, Ian Chesterton and many others that The Doctor plays by his own rules and not those of us normal humans. As such Smith truly does personify the same character that William Hartnell did back in 1963: The Alien Traveller who needs not only our guidance but our morals to make him seem like the human that we strive for and deserve. 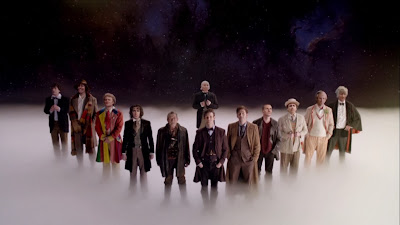 As I finish this article, the clock struck twelve and it is now the 15th of December. Ten days until we lose the brilliance of Matt Smith and his true alien timelord and gain Peter Capaldi playing the everlasting in a completely new and brilliant way.