Doctor Who - Farewell Matt: The Snowmen

Doctor Who:
The Snowmen
By Steven Moffat

“It's Smaller On The Outside." 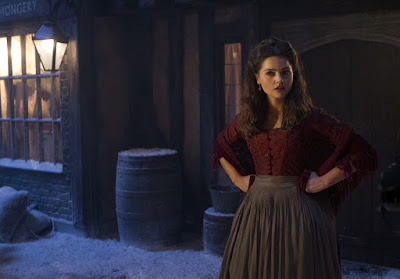 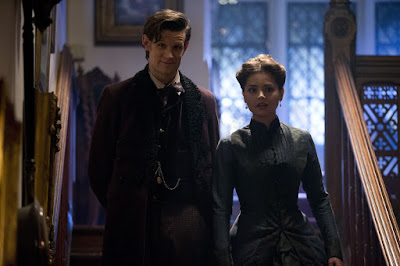 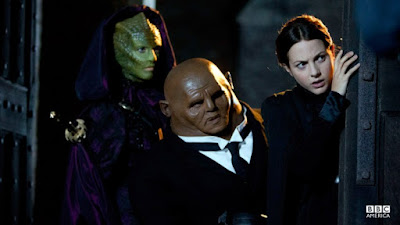 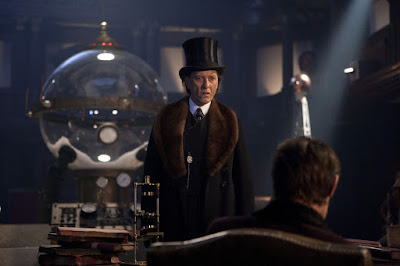 It was wonderful to see the Great Intelligence return to Doctor Who.  Loved the two stories it was in during Patrick Troughton’s era The Abominable Snowmen and The Web of Fear and with the recent recovery of The Web of Fear fans can now see what he was like back then.  Loved reading about the Great Intelligence in the Target book novelizations and am glad that new fans and I can get to see this villain again.  What a wonderful surprise for the fans and loved the killer snowmen he controlled. Plus The Great Intelligence was voiced by Gandalf himself Ian McKellen so how cool was that.  This brings me to Richard E. Grant and his portrayal of Doctor Simeon.  He was really good in The Snowmen and Richard E. Grant made Doctor Simeon really creepy.  Such a wonderful performance and one you’d expect to get for the Christmas Special and it was good to see him as The Great Intelligence in the Series 7 finale The Name of The Doctor. 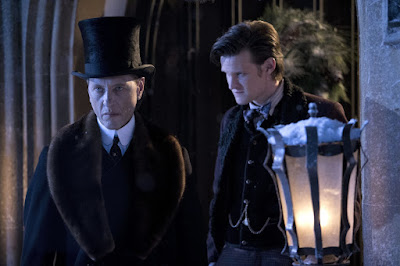 One thing that I did not care for and which was not really explained all that well was the rain.  We see the dying Clara crying and then it starts to rain.  Not really explained to well and I’m guessing it is just part of the mystery that is surrounding Clara but it did seem to dampen, sorry bad pun, the story just a bit. I mean it did seem a bit convenient and an easy way to come about the conclusion but not all that sure how it came about.  It was a pretty clever plot device though and we do know now why the rain was like that. 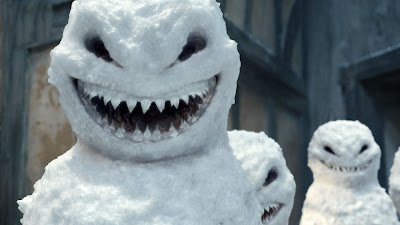 What really intrigued me about The Snowmen was Clara.  Who is she?  We did find out that she is indeed Oswin Oswald from Asylum of the Daleks or in fact some form of her.  Now this revelation I did find to be really cool and to leave off on a mystery was awesome and did breathe some new life into the same old Doctor Companion relationship. It was interesting watching this again knowing where Steven Moffat takes this in the second half of Series 7. 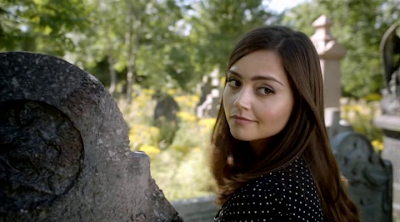 On a whole I really enjoyed The Snowmen.  I enjoyed it way better than 2011’s C.S Lewis homage. In fact I enjoyed it 100% more than 2012’s.  It was a wonderful story that does a lot of things different and surprising like killing off Clara and just making it a traditional Doctor Who story for once with monsters and baddies to fight.   It opens up a can of mystery for the fans to ponder and that is a great thing to have happen.  Plus I would be remiss if I didn’t comment on the new theme and opening credits.  I loved it. It was good to see The Doctors face in the sequence again.  Plus the theme sounded retro and harkens back to the classic series in way while keeping it fresh.   In all a wonderful story that makes it a special Christmas day for all Whovians.
Grade A