Doctor Who - Farewell Matt: End of An Era 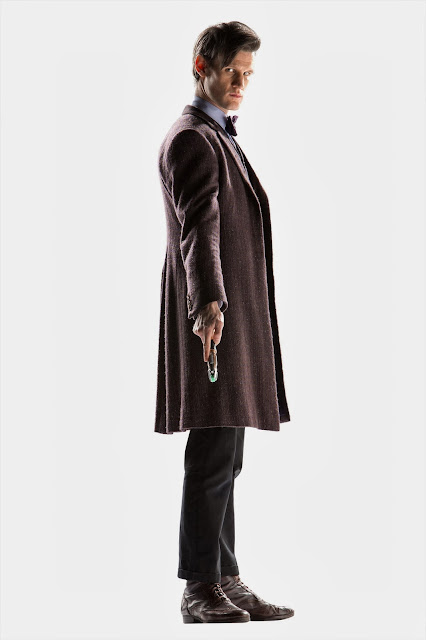 As the 50th Anniversary year comes to an end we come to the traditional Christmas special.  This year it is a special one as we bid farewell to the 11th Doctor Matt Smith.  Matt Smith was The Doctor for three series spanning four years.  Has it been that long since he took over for David Tennant and will be handing over the baton to Peter Capaldi.  Seems like yesterday when we saw him eat fish fingers and custard and declared ‘Who has the Pandorica.”  It all ends on Christmas day when The Doctor returns to Trenzalor.

Matt Smith had the dubious honor of taking over for the extremely popular David Tennant.  Not an easy task but one that Matt Smith flourished in and was worthy successor and even rivaled David Tennant in popularity.  Matt Smith’s Doctor was a madcap one who had a seriousness to him that was hidden with all the charm and childlike innocence that shown out all the time.  The closest Doctor he resembles is the Second Doctor Patrick Troughton as there were quite a bit of similarities in their personality.  Not surprising as Matt Smith watched The Tomb of the Cybermen as research for his Doctor.  From there a Doctor was born and the 11th Doctor as we known him took off and etched his place in Doctor Who lore. 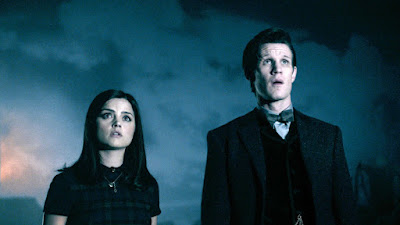 Matt Smith’s Doctor is one who took the Doctor to different places that we have not seen before.  For one he gets married to River Song something that has never happened before.  But more noticeably Matt Smith’s Doctor showed an awful lot of emotion and on several occasions he shed a tear or two.  Never before has The Doctor cried and so often.  Most notably in The Name of The Doctor when Clara tells him about Trenzalor and he just breaks down completely.  What a range of emotion Matt Smith brings to that scene and a sure sign of how good he is an actor.  To go from silly goofy to sad and crying on the turn of a dime is pretty amazing and a testament to Matt Smith’s acting ability. 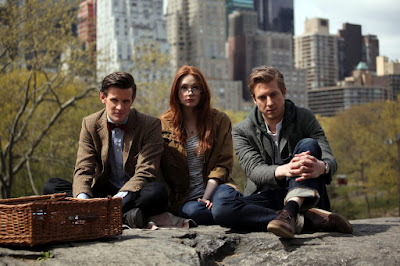 I liked Matt Smith’s Doctor and will be sad to see him go.  I really enjoyed his first season and he really became The Doctor for me midway when he confronted the Weeping angels.  That story, for me, Matt Smith felt like The Doctor and you could see the alieness of the character.   Gone was the temper and replaced with the quirkiness of the 11th Doctor.  I really enjoyed Matt Smith’s first and last season.  The stories where stronger and more standalone where in his second series it was marred with the whole Silence and Doctor dying and the whole River Song saga that it just clogged the works more or less.  Luckily the performance of Matt Smith made a mediocre season good by being a larger than life presence. 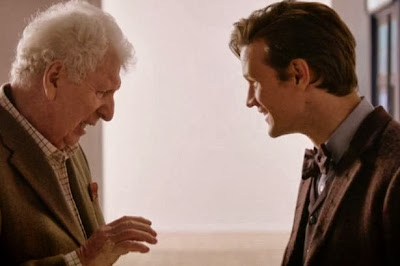 Matt Smith’s Doctor had a good run of four years capped off with being The Doctor for the 50th Anniversary special.  What a way to cap an era than to share a scene with Tom Baker as the Curator in the special.  Matt Smith’s era was fun and frustrating as some of the continuing story makes your brain work over time. It is an era that I have mixed feelings about but on a whole it was really enjoyable.  There were some good moments and some sad most noticeably when the Ponds left. I enjoyed Matt Smith’s Doctor from his madcap silliness to his little temper tantrums to the seriousness he can get.  One thing that is for certain I will miss the way he can deliver a speech.  Just go back to The Rings of Akhaten and that speech was just so epic and powerful.  I will miss Matt Smith just as much as I have missed the eleven other guys who have left the role and even though I will miss him I will be excited for the arrival of Peter Capaldi. Matt Smith will go down as one of the most popular Doctor’s in the shows history and his youthful take on the character will be hard to beat  and one that will be memorable for years to come.
Posted by DR5WHO at 8:42 AM