Are Doctor Who Fans Spoiled? 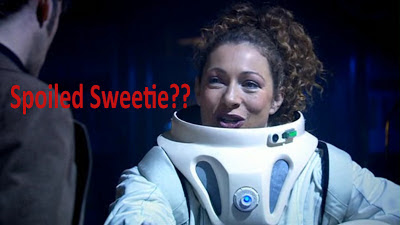 Are Doctor Who fans spoiled? Well, of course they are. Look at everything the show has in terms of merchandise.  The show has been on TV for the majority of the time since the 60's and is stronger now than ever.  The show has had its rough spots but for the most part it has been available for fans in one form or another. 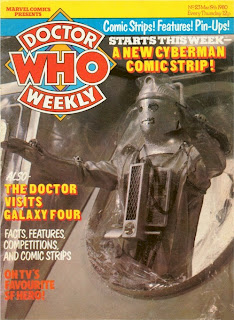 After a popular 60's and 70's Doctor Who just got bigger and bigger. Merchandise was so common. with a near complete set of novelizations of all televised stories, a dedicated weekly then monthly magazine, video tape releases and tons of toys and other collectibles. Doctor Who would end in 1989 and after that time the merchandise would only increase. Now we had original novels, audio releases of the missing adventures and still tons of toys and such. 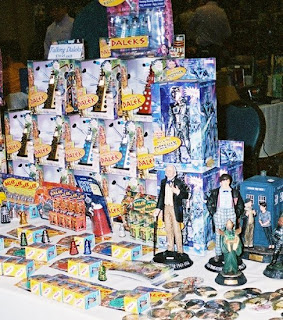 When the show came back in 2005 the merchandise just exploded and hasn't stopped.

We as fans have hundreds of hours of stories to view, most of which have been released on DVD over the past 12 years. These DVDs have been resorted and include interviews, documentaries and almost any Doctor Who related spoof, commercial, special and story. The current series is going strong. We have a Christmas special annually. There are still many conventions around the world with Doctor Who celebs.

You get the point. But is it possible that Doctor Who fans are spoiled to the point that this year, the 50th anniversary year is destined to be a let down? Very possibly, yes.

So why would anyone think the fans are spoiled? I am not saying all or most fans are but I have seen some element of this and the show lends itself to be spoiled over. It's more of a statement that fans of Doctor Who have so much that we take it for granted and wish for more. 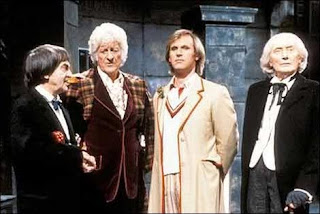 I also blame the writers and producers of Doctor Who for raising the bar so high.  Not the quality bar but the epic over doing of the stories that promise and tease so much and often deliver these monster finales that are so hard to out do in the following season. In my opinion, bringing all these returning characters back for one big story that sees the TARDIS, Earth, universe, time or the Doctor destroyed is a bad habit to get people used to. Now look what they have done. What can possibly be done to outdo last season?  The expectations are higher and higher that eventually people will be let down.  How can you beat the potential destruction of the Universe or time? 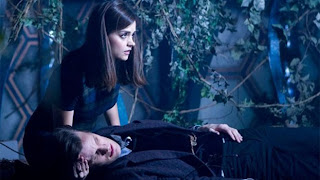 Beside the second half of season 7, which was held over from last year, there will only be two Doctor Who stories, the 50th Anniversary and the Christmas special. Now granted, the Christmas special now has a regeneration and that should give most fans enough to appease them but still, not a lot. The UK had been sluggish with showing Classic Doctor Who while in the US it has been a monthly celebration all year.

Since writing this article some things have changed. Namely the special is now longer than the hour that was originally rumored.  There is still some concern at the John Hurt Doctor and what that might mean to the history of the Doctor character. The fact that every living Doctor is not returning (from what we have heard) is also bothering some people. 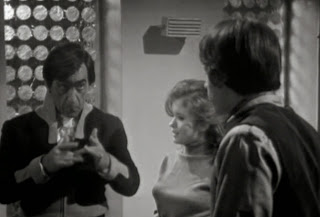 The biggest news for long term Doctor Who fans has got to be the finding and quick release of two formally lost stories, "The Enemy of the World" and "The Web of Fear". Imagine hearing that they exist and having the ability to watch them minutes later - shear joy.

Despite all this some fans are upset that the DVDs won't be out until November and in the case of "The Web of Fear", not until February. It is also possible that the DVDs will just have the episode and no extras and commentary.  For those who feel left out because of not being able to download because ITunes is scary or evil, just think of what Victoria and Jamie had to go through, seeing a helicopter for the first time. Technology of the future can be scary, but they still got into the helicopter, didn't they!! 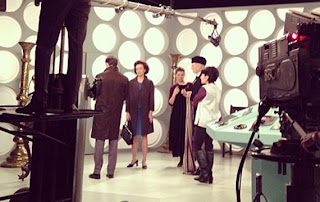 Another bright spot, beside the two specials is the docu-drama, An Adventure in Space and Time, that looks to cover the early years of Doctor Who.
The idea that this is more appealing than the actual 50th anniversary special is a shame. 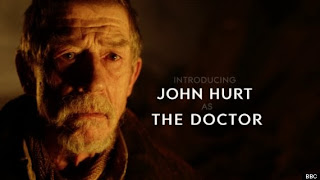 The idea that there is a Doctor played by John Hurt could be huge but my personal opinion is that Doctor Who is better when the story is about something else other than the Doctor, his name, River Song's wedding, the companions fate and so on. Have a great story and place great characters within them and you will out do what you did last season.  But I digress.

Sure, most people don't complain and are probably happy to see the Doctor Who that they see this year. Most are not expecting the moon. Others feel they deserve more and to a degree I agree with them because of the production department and their amping up the season each year and this heavy promotion telling us that they will deliver the moon this season. Producer Steven Moffat was quoted "...we're going to take over television. Trust me!"  Whatever that means is yet to be seen. 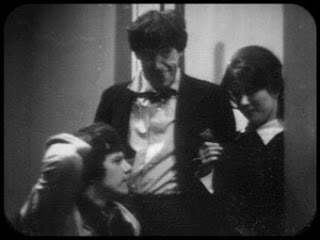 One other rumor that has brought out some element of spoilage of fans is the fact that a rumor pointed to finding 90+ previously lost Doctor Who episodes and while part of that rumor appears to be based in reality with this find, some are still hoping for more. I don't think any fan is demanding more but there is a thought that if there are more episodes, where are they? 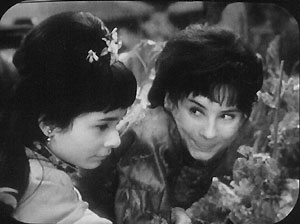 The fact that all the Doctor Who stories have surviving audio recordings of them and most have a series of photos taken straight off a television screen (telesnaps) is amazing and certainly helps fill in those gaps rather well. We are getting a few stories like "The Ice Warriors" and "The Moonbase" and "The Tenth Planet" released on DVD with their missing adventures animated with the original soundtrack.

Despite missing now 97 episodes, we, as fans really are not that bad off.  But of course, fans complain.  That is what they do and I am in that category.  In my opinion though, the BBC is on track to do an excellent job.  The release of the two just found stories has been huge in restoring my faith in their handling of the anniversary.


So this article is written for the fan who might be a bit down because the special doesn't have Tom Baker in it (not the first time) or Peter Davison or any of the others. This is for the fan who wanted something more from the current series or who hoped for a DVD release of "Marco Polo". This article is for them and myself to enjoy Doctor Who and what we have. There are still a few months until the anniversary so enjoy what we have! 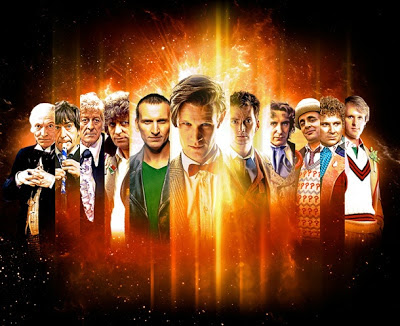