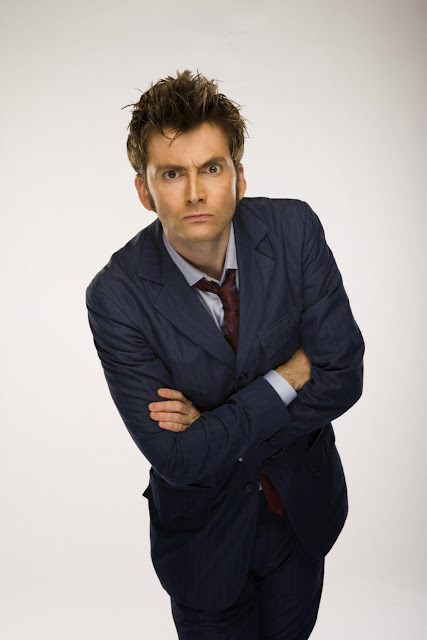 
David Tennant’s era is where the show really took off and became popular.  It lead the ground work for the mega season finales where everything was thrown in except the kitchen sink.  It was an era of returns, sadness and some really good stories.  I really liked this era and along with Matt Smith’s top ten list coming in December it was hard to pick and place these stories. 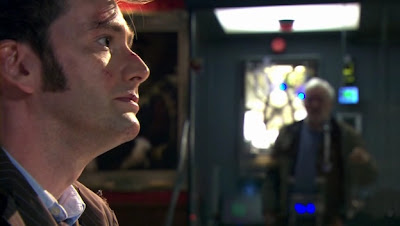 
It is David Tennant’s big goodbye.  The last time we see the 10th Doctor being heroic.  You have the return of the Master and The Timelords.  One of the best parts of this story is the performance of Bernard Cribbins.  Another great performance by David Tennant most notably the last half hour where he channels Hamlet before he sacrifices his life to save Wilf from radiation and then saying goodbye to all his companions before he regenerates. It had lots of good moments like the moment when The Master takes over everybody and homages to Star Wars also.  Really like the farewell tour at the end. 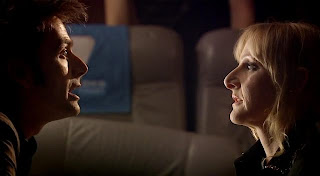 
RTD’s best script that he has writing in the 5 years that he was in charge of Doctor Who.  Plus it was your classic sci fi paranoia story.  It was pretty intense how the alien that took over Sky was able to get the passengers to play off their fears and turn against each other.  Loved how it took place in the shuttle only and everyone was trapped there waiting for the rescue shuttle.  Midnight is a classic horror situation without a CGI monster but using basic fears to scare you. 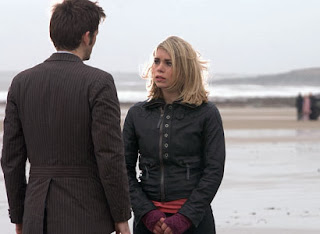 
It’s the ultimate Fanwank episode.  It has the Daleks and Cybermen fighting each other in glorious battle scenes around London.  It’s enough to give a 50 year old nerd an orgasm.  Just loved seeing The Daleks and Cybermen in the same story and seeing them battle each other was pure joy and a treat for fan of the classic series. Plus the scene where the Doctor says farewell to Rose was one of the most touching in the series history. Truly gut wrenching for fans of Rose seeing her parted from The Doctor in an improbable way by being saved by Pete Tyler and being transported to the alternate Earth instead of being sucked into the void.  One of the sadder departure stories ever in Doctor Who. 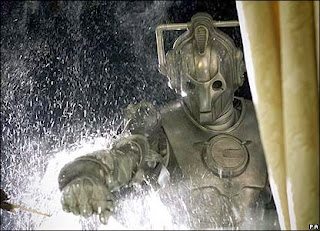 8. Rise of the Cybermen/The Age of Steel


We get an origin story of the Cybermen plus we get the first glimpse of the alternate Earth that gets revisited twice more.  Plus we get to see somewhat how the Cybermen are made.  One of the stronger Cybermen stories in a long time with a Star Trek Mirror Universe affect. It was based on Mark Gatiss’s Big Finish story Spare Parts.   A really good story that gives us a hint of how the Cybermen came about but with a different twist to it as it was an Earth, although alternate dimension Earth, that made it seem all the more realistic and scary. 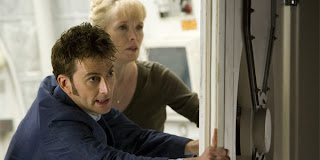 7. The Waters of Mars


It’s the classic monster story.  Monster threatens a group in a space station and the Doctor shows up to save them. Loved how they used a common object that we use in everyday life and made it threatening this time drinking water.  We see a different Doctor in this one a Doctor that is darker.  The Doctor is unhinged and defiant as he breaks the laws of time to suit his own purpose.  One of the few Doctor Who stories that does not have a happy ending.  Plus it’s the beginning of the end for the 10th Doctor. 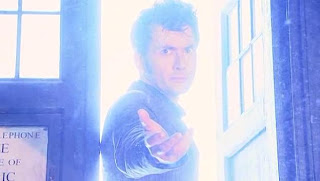 6. The Fires of Pompeii


This is the story that made Donna more of a serious companion rather than being comic relief.  It was her compassion and drive to go after The Doctor to save just one person brought home the fact that Donna was the best companion for the 10th Doctor.  Plus how could you not laugh when the Doctor pulled out a water gun and used it on the Pyrovilles that in its self was classic. It also stars future companion Karen Gillian who would go on to play Amy Pond and of course the man who played Caecilius Peter Capaldi will be taking the keys of the TARDIS from Matt Smith this December. 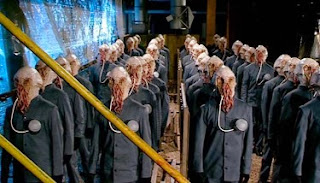 
This Story is the first appearance of the Ood who would play a bigger role in the 10th Doctor era later on in the series.  Plus the Doctor fights an enemy that is Devil like and bringing the mythos of the devil back into the Who universe.  Plus how great was it to see the Ood going crazy and killing people.  That scene in the air ducts where the Ood was chasing Rose was pretty intense. Plus how could you not like the possessed Toby outside of the space station floating around and then killing his crew mate.  The voice of Gabriel “Sutek” Woolf as the beast was pretty cool to hear in Doctor Who again. 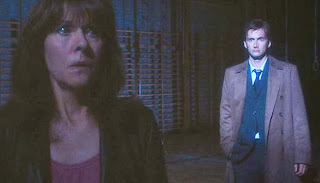 
School Reunion gives us the return of Sarah Jane Smith and K9 for the first time since the Five Doctors.  The death and resurrection of K9 was a sad and happy sequence of events.  The best scene visually is when Sarah Jane sees the TARDIS for the first time and then the camera pans around and there is the Doctor standing in the shadows.   The Doctor saying goodbye (for now) to Sarah Jane in the closing moments was really heartfelt and a touching moment for classic Who fans.  Plus how classic was the cat fight between Rose and Sarah Jane and the classic line “The Loch Ness Monster”.  School Reunion is just a classic and fun story to watch and it was good to see Elisabeth Sladen as Sarah Jane again and to see her get a spin off show from this appearance also. 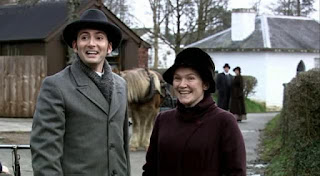 3. Human Nature/ The Family of Blood


Another fan wank story for the fans as this story was adapted from Paul Cornell’s book Human Nature.  It is a love story that unfortunately does not have a happy ending for both involved. A  really clever story that explores what happens if The Doctor becomes human with a new identity and no recollection of his past Time Lord self.  It was great to see the scarecrows walking around and terrorizing the school plus seeing the Doctor in the school teacher getup with the machine gun was very reminiscent of the books cover.  Plus this is one of David Tennant’s best performances as the Doctor if not the best.  Human Nature/The Family of Blood is a clever story that had not been attempted before and works on so many levels. 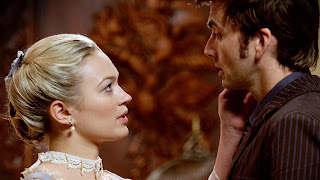 2. The Girl in the Fireplace


Again it’s written by the guy who is the show runner for the Matt Smith era and his best stories are in the Tennant era.  The Girl in the Fireplace is another classic monster story with some of the neatest looking robots ever. The Clockwork robots are just magnificent to look at and just really great in the detail.  Plus look at their costumes truly one that they took great pains to look awesome.  The Girl in the Fireplace is love story with a sad ending as every time The Doctor came back to see Reinette she was older and then sadly she was no more.  The ending was truly one of the sadder ones in the shows history.  It is an all along perfect story with another of David Tennants great performances. 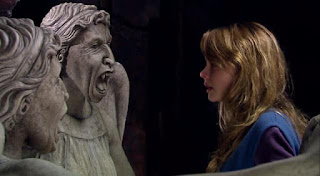 
It’s written by Steven Moffat the Robert Holmes of the new series. Well he was during the 9th and 10th Doctor’s era.   Sally Sparrow saves day and starts cult affection about her.  Actress Carey Mulligan portrayal of Sally Sparrow was the highlight of this story and of season 3.  The Weeping Angels are pretty cool and have garnered the title of the best new bad guy for Doctor who as they returned for a rematch with Matt Smith‘s 11th Doctor a couple of times.  This is an adaptation of a Steven Moffat story “What I Did On My Christmas Vacation by Sally Sparrow” which appeared in the Doctor Who annual of 2006 and features the 9th Doctor.  Just an all-around perfect story that is filled with sadness and joy and it sure is one of the scariest and creepiest stories ever in Doctor Who.  Blink is probably the best story of New Who and so far has not been matched in the new series yet.
Posted by DR5WHO at 12:42 PM