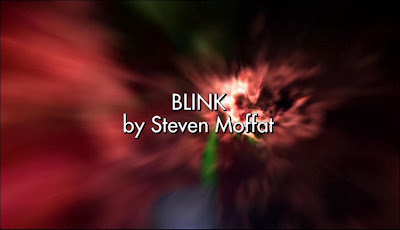 Doctor Who:
Blink
By Steven Moffat 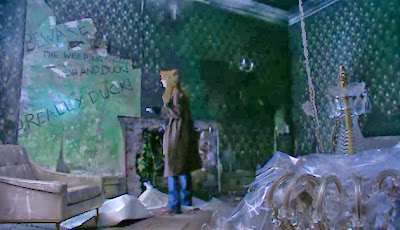 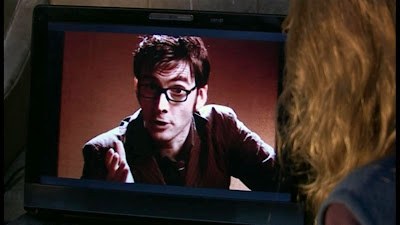 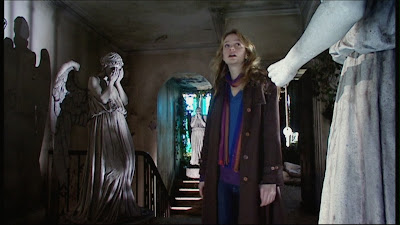 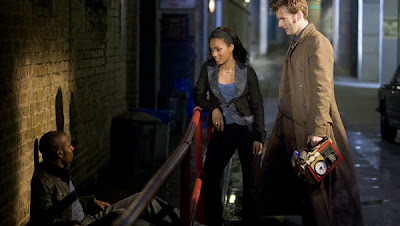 Steven Moffat incorporates his short story “What I Did On My Christmas Holiday’s By Sally Sparrow” as the main emphasize for the plot.  This was a good idea as the original story was pretty good and really clever and a great short story from the 9th Doctor’s era.  The best part and the one that was the best part of the story was that he used the Angels and made them what we are familiar with now.  The way they were used in the story and the way the director filmed them gave the story a very creepy and scary behind the sofa feel to it. 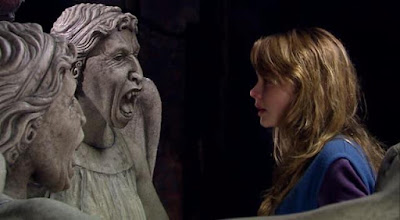 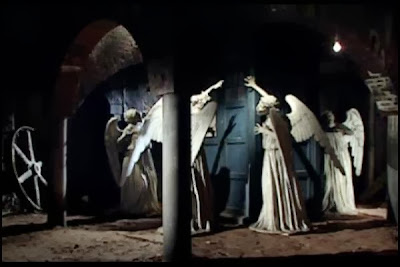 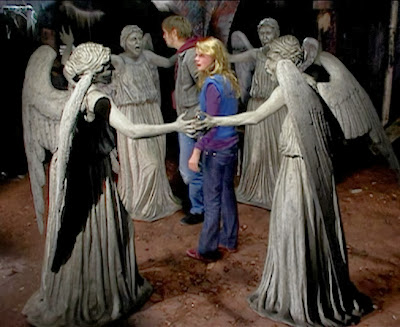 I just really enjoy this story as it is totally different from anything we have seen before and the story and characters are so strong.  You get a feeling for the characters that you want to see what happens to them.  It is such a great story and is one of the greats all time by one of the best writers Steven Moffat.  Blink just scares the hell out of you and is what Doctor Who should be.  A strong story without a cop out ending that keeps you guessing with lots of behind the sofa scenes.
Grade A +
Posted by DR5WHO at 7:37 PM