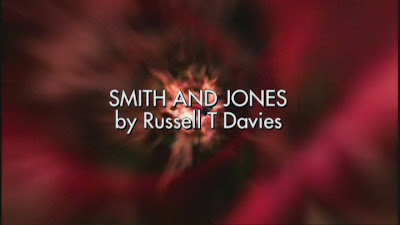 Doctor Who:
Smith and Jones
By Russell T. Davies

The Doctor is lying in a hospital bed where he meets medical student Martha Jones but for her it was her second time meeting him.  She tries explaining to him that it was her second time seeing him but The Doctor has no idea what she is talking about.  Most of the people working at the hospital have been experiencing static electricity shocks which at that rate are not normal.  Then there is an issue with the rain. The rain is going up and the hospital is transported to the moon. 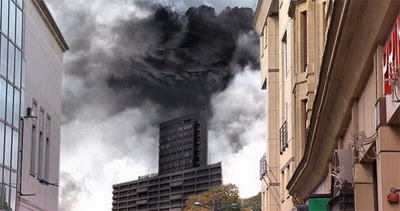 The ones responsible for this is the Judoon.  A rhino looking race who is the universes police force.  They are looking for an alien who has murdered a princess.  The problem is the Doctor is an alien and the one they are looking for is disguised as human so there is the big problem there.  So it’s up to The Doctor to sort this mess out without being the one accused of a crime he did not do. 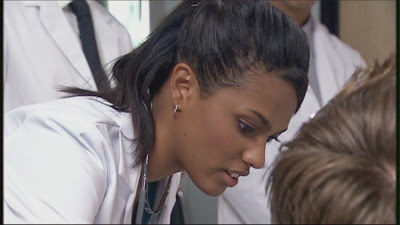 Martha Jones makes her debut and what we get is a different type of companion.  Still keeping with the qualities of Rose as being intelligent and head strong and being able to cope with all the different scenarios The Doctor gets them stuck in.   She ends up being a pretty good companion unfortunately they should have ditched the puppy dog love for the Doctor bit especially this soon after Rose has left. 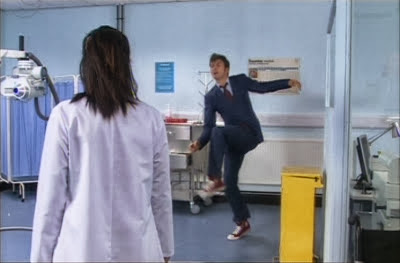 The story is actually not that bad for a Russell T. Davies scripted adventure that starts a season. Unfortunately it does have that one token stupid scene that makes you shake your head and go WTF.  Yes I’m talking about the scene where 10 gets the radiation out of his body. It could have done without that scene. 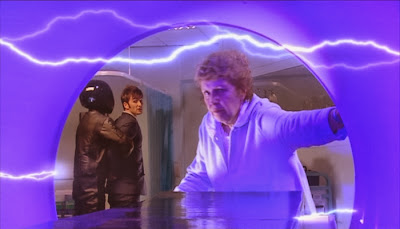 Smith and Jones introduces to two new alien races one which would make a couple more appearances and one that is a one timer.  First we have the Judoon who is a race of Rhinoceros that enforce the law for the Shadow Proclamation.  They are on the trail of the other alien a Plasmavore which is a type of alien vampire.Actually an evil vampire who tried to blow kill half the Earth to escape the Juddon using a MRI.   If you notice Martha’s teacher is named Mr. Stoker after Bram Stroker the author of Dracula. 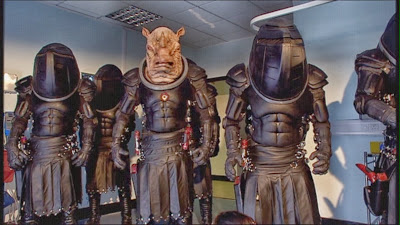 I’ll give RTD a big thumbs up for the dialog in Smith and Jones.  There are a lot of good lines in the story and a lot of tongue and cheek moments. Liked the banter between the two regulars as it appears they have a good chemistry going already. David Tennant seems more at ease as The Doctor and his silliness seems more like the Fourth Doctor at times which is no surprise as Tom Baker is his favorite Doctor. 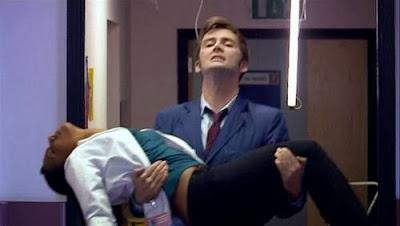 Smith and Jones is a better story to start the season than New Earth and is very entertaining and fun to watch.  It is not going to blow you away with an amazing plot or be very thought provoking but it is a decent action adventure which is needed to start a season off.  A fun story to watch and one that is good to watch as a guilty pleasure or to unwind after a long day.
Grade B
Posted by DR5WHO at 6:41 PM