Doctor Who 50th Anniversary: Fear Her 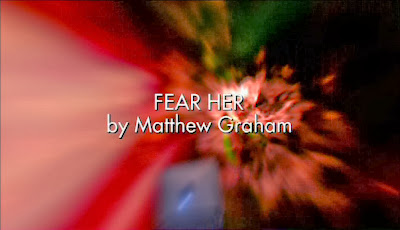 Doctor Who:
Fear Her
By Mathew Graham

The Doctor and Rose appear in a neighborhood were kids have been disappearing. Kids are vanishing without a trace and no evidence of anyone doing it.  Al the time Chloe Webber is sitting in her room drawing pictures of the missing kids and never leaving her room.    It is also the eve of the Olympics opening ceremony in London and everyone is getting excited for the games to begin.  The Doctor believes it is something alien that is taking the kids and he can feel a presence of something at the spot where the kids have vanished. 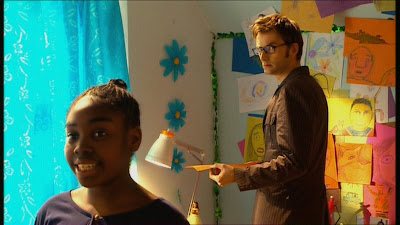 The Doctor eventually gets snatched up also and Rose discovers that when Chloe Webber draws you on a piece of paper you disappear.  It is up to Rose to save the children and The Doctor from being crayon images and to save the opening ceremonies of the 2012 Olympics before the whole world vanishes. 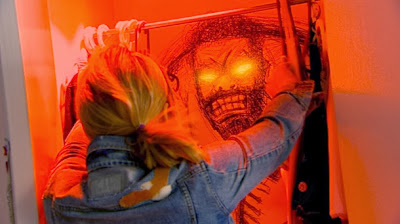 When this story was announced I was looking forward to it because it was written by Life on Mars creator Mathew Graham.  Unfortunately it was a big letdown.  I was expecting something good something edgy that we were used to seeing on Life on Mars and later on Ashes to Ashes.  Instead what we got was a light hearted romp centered on the 2012 Olympics.  Well not too light hearted as it also centered on child abuse by Chloe’s dad which was the central psychic creature towards the end that was causing terror.  The concept is not that bad as we see a girl given powers by an alien being in which she can imprison people in her drawings.   I just don’t think the execution was all that great and the story did suffer from silliness and a lot of the plot was not explained all that well.  Fear Her just isn’t a strong story and the fact that this was the replacement for the Steven Fry story was probably hurt by being rushed into production and could have been better if they planned it out better.  The concept is not bad it just fails because of the weakness of the story and the silliness at the end. 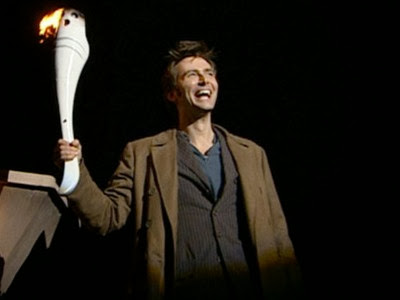 Rose had a good part to play in Fear Her and in fact she saves the day.  This is really refreshing as she hasn’t been written well this season.  In fact you get glimpses of her season one self that was more get things done and the non stupid Rose that was present in series one.  It was good to see her taking center stage and not being the jealous and spiteful girl who is crushing on the Doctor.  The ending was pretty hoaky even for Doctor Who.  You all know it.  Yes that right the lighting of the Olympic torch by The Doctor.  That was just to corny even for Doctor Who.
Grade D
Posted by DR5WHO at 12:46 PM