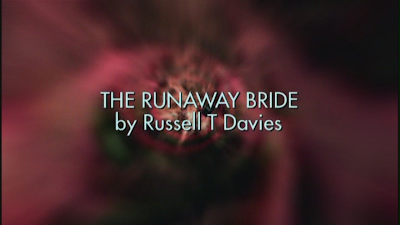 Doctor Who:
The Runaway Bride
By Russell T. Davies

“Oh, do you know what I said before about time machines? Well, I lied. And now we're going to use it. We need to find out what the Empress of the Racnoss is digging up. If something's buried at the planet's core, it must've been there since the beginning. That's just brilliant. Molto bene. I've always wanted to see this. Donna, we're going further back than I've ever been before.” 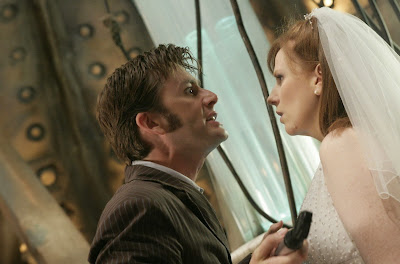 The Doctor rescues Donna and discovers that her body has been given tons of particles that react with a certain command to do something.  With Lance they find out that the Racnoss is behind all this and need the particles to interact with Donna to awaken her children buried inside the Earth’s core.  The Doctor must stop this from happening and allowing the Racnoss from eating everyone on Earth. 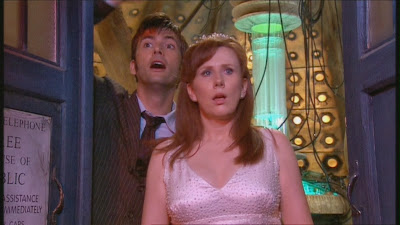 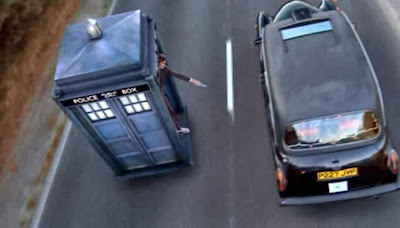 As the story unfolds on that Christmas day I find that Catherine Tate debut as Donna Noble wasn’t all that bad.  In fact it was pretty good and who would know at the time that this would only be the beginning of what would be a great pairing for the 10th Doctor’s era.  Well in my opinion the best companion for the 10th Doctor and best since the series came back in 2005. 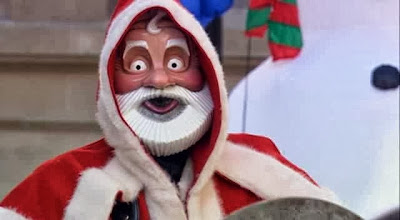 The Runaway Bride is the 2nd Christmas Special and the first Doctor Who story not to feature Rose.  It also has those killer Santa Clause Robots, Killer Christmas Trees and that Christmas song by Slade. In fact it sort of is like The Christmas Invasion but in a different setting and certain changes to the plot.  Not too much like The Christmas Invasion but it does have too many similarities.  The story is not all that good either as the execution does not really work in my opinion.  In fact The Runaway Bride is the weakest of all the Christmas Specials. 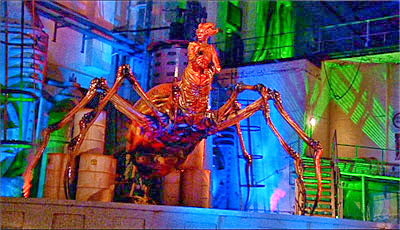 In true Christmas form The Runaway Bride is a fun lighthearted romp with some cool sequences.  Most notably is the chase scene involving the TARDIS and a taxi going down the highway.  That scene and sequence of events was pretty cool and the highlight of the story.  It was really cool seeing the TARDIS chasing a car down the highway and then seeing Donna jump into the TARDIS was really awesome. 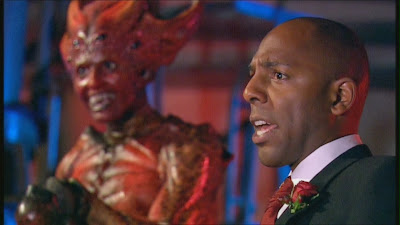 The Racnoss was the villainess of this tale.  She is a type of arachnid space alien that is as old as time itself.  A really impressive looking creature even if her plan was not so well conceived. The Racnoss is an annoying creature who really is more of a joke than a threat.  I mean her plan is so flawed as she could have just captured any human and just poured the chemicals into him/her.  The Runaway Bride is not one of the best stories ever but it is indeed a special one as it introduces us to Donna Noble who as it turns out is the best companion of the new era of Doctor Who.
Grade C +
Posted by DR5WHO at 8:57 PM