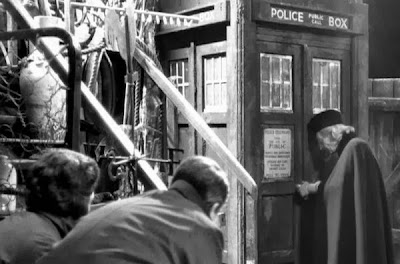 "An Unearthly Child" was recorded today, 50 years ago today.  While officially not the first day of shooting (several inserts were filmed ahead of time including the shot of the shadow near the TARDIS seen at the end of the episode) today is the anniversary of the actual transmitted episode which would launch Doctor Who a month later.

A previous recording had been done earlier in September but was of poor quality with mistakes and such and so it was decided to record again on October 18, 1963.