Saturday at NYCC. Saturday is the day that it is wall to wall people on the show floor.  Where it would take you 5 minutes to walk an aisle on Saturday it takes much longer and a lot of patience. If you are not careful you could easily be swept up into a tsunami of people and be carried away to god knows where. Well actually to a part of the show floor you were not heading too.  At all costs I try to limit my time on the show floor on Saturdays and only go on it right when the show opens or later in the day when more panels are taking place or the masses go and feed at the overly priced food court.  I lucked out. I had little trouble on the show floor when I got up there around 4PM as I headed to the Valiant booth to get my free exclusive for attending the panel.  The crowed at that time was not bad and I was able to navigate around the show floor with some considerable ease.  I've never had it that easy on a Saturday and well am pretty lucky that I guessed right for once.


So what did I do with most of my time on Saturday. Well I went to panels.  I found it a lot easier and less of a headache of having to navigate through all the crowds by just staying in the panel area at the bottom level of the Javits.  The fist panel and one of the two I really wanted to see was The Doctor Who 50th Anniversary panel.  What surprised me the most was how many people were in line an hour early for the panel.  This panel was the fan run one with no celebrities and still the line was long and people were standing in the back of the room to see this panel.  This is quite a turnaround for when Doctor Who panels happened in the US as they were scarcely attended.  I found this to be awesome and really great to see younger fans taking an interest in Doctor Who that isn't David Tennant and Matt Smith as this panel focused on the Classic era and the recovery of the two Patrick Troughton stories.  The place got even crazier when Nick Briggs, Jason Haigh - Ellery and 6th Doctor himself Colin Baker were surprises during the last half of the panel.  The crowed went nuts and gave Colin Baker a standing ovation and it made me happy to see the young fans that were aged 16 to 20  something acknowledging one of the Classic Doctors and it was a great moment and a highlight of the weekend for me.


Star Wars: Rebels was a pretty neat panel as I learned all about the new animated series coming out next year.  They revealed who the new villain for the series will be and he is called the Inquisitor and he is ordered by Darth Vader to find and kill the remaining Jedi's.  The story takes place 14 years after episode 3 and the animation is based on the McQuarrie art for A New Hope that was never used.  The Valiant Comics panel was really good and I learned what future plans they have for their books and what direction some of the characters are heading but they did not give anything away to much.  What I really liked about the Valiant Panel was the passion and love for the books and the characters the creators have and it made the panel that more interesting and fun to listen too.

Right now the best panel of the weekend belongs to John Barrowman.  No in fact BEST PANEL EVER!!!!!! John Barrowman was so full of energy and put on quite a show. In fact do not bring children to his panel as it is pretty raunchy and R rated.  The way he interacts with the fans is really awesome as he really appreciates everyone of them and it shows in how he answers a question.  This has been by far one of my favorite panels all time as I never laughed so hard during a panel before.  The sarcastic way he approaches questions is really funny and John Barrowman's panel was not boring at all.  What was amazing was how many people attended the panel.  Of all the celebrities his autograph line and panel have had the longest lines of the weekend.  It really is amazing how much Doctor Who and Torchwood is popular.  One of the funniest parts of the panel was when John Barrowman's husband Scott came out on stage dressed in a Superman costume.  You can only imagine what John Barrowmans comments were at that point and for the sake of the article I won't repeat it.

Saturday turned out to be a really good day and a lot of fun.  My new plan of avoiding the show floor and do panels did wonders for my temper and I did not get aggravated at all by the crowds.  I heard rumors that the show organizers were expecting over 100,000 for the weekend.  It sure seemed like that when I saw the line outside of people waiting to get in.  That is a lot of people attending and getting their geek out.  A sure sign that fandoms future is pretty strong. 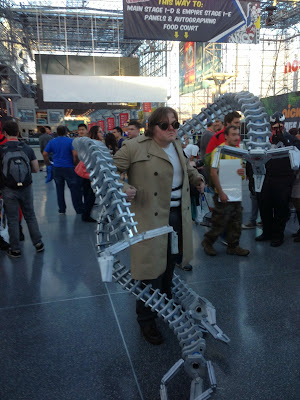 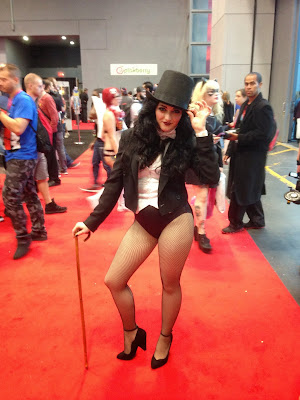 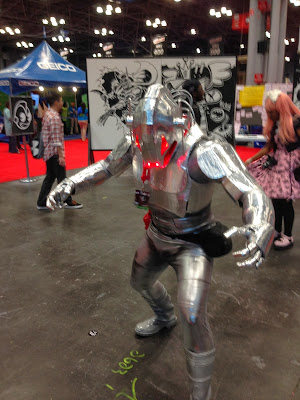 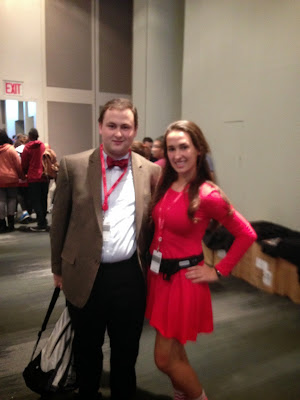 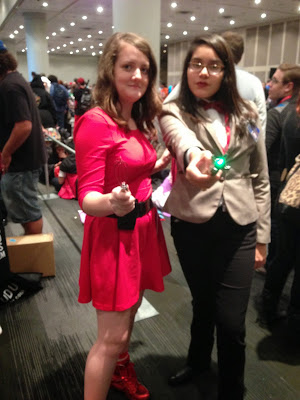 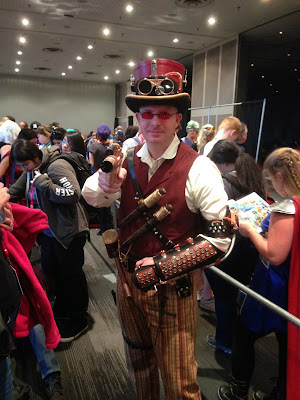