With the excitement of Thursday's Doctor Who missing episode news looming in the air I spent most of the day in New York City gearing up for NYCC.  While I was in the city early i spent a majority of the day in the press lounge talking to fellow bloggers and pros about most stuff in the geek world.  It was fun meeting people who do the same thing as I do and interesting to find that everyone loves the same thing and have a passion for all things geek.  What was encouraging was the amount of females that were there as often you read articles on lack of female's in the geek world but ladies you were represented pretty well in the press and fans.

Thursday was preview day with some panels but none that caught my eye.  I mainly walked around getting signatures from the likes of Greg Rucka, Tim Seeley and Batman writer Scott Snyder plus i bumped into part of the cast of Fangasm.  Thursday was a good day to walk around and get your bearings and to get a bulk of your autographs from your favorite creators.  What Thursday also gives you is less people so that gives you some time to talk to the creators for a good time.  I was lucky enough to have a good conversation with Shane Davis about his upcoming hardcover with Mark Waid for Legendary.  Plus I also talked sports with Peter Tomasi and we ragged on each other's baseball teams mine being the Red Sox and his being the Yankees.


There were quite a few of cosplayers out today, well scratch that, there were tons of cosplayers and there were a lot of awesome looking costumes. You can tell which ones took the time and effort to make things look right.  It is really impressive to see these people show off their talent for the hobby that the love and there was some really spectacular ones.

Unlike last year on Thursday I found that there were more people in attendance on Thursday this year. That was something I wasn't expecting but what was good to see was that a lot of parents took advantage of the smaller crowds to take their young kids to the event.  This was pretty cool to see the kids dressed up as Iron Man and Batman.  A good thing to see and hopefully the young ones stay with the fandom.  Friday is expected to be busier as there are some good panels to see and a chance to enjoy the convention before the tsunami that is Saturday arrives. 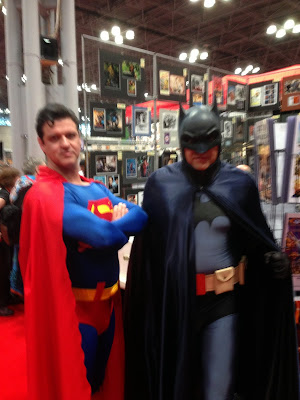 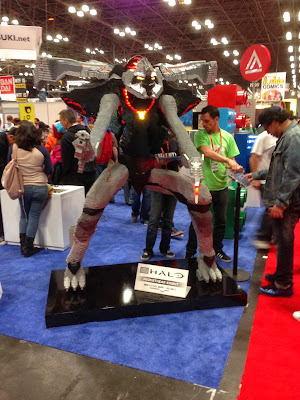 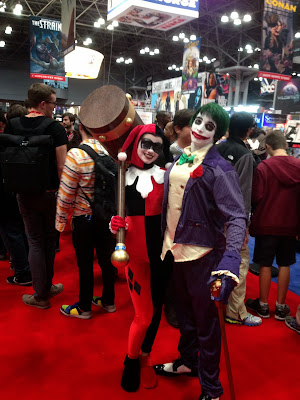 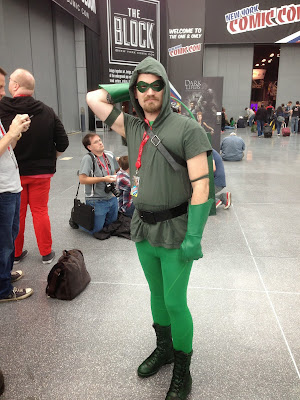