Doctor Who 50th Anniversary: Voyage of the Damned 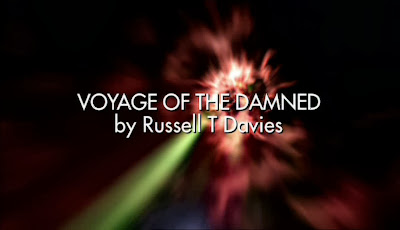 Doctor Who:
Voyage of the Damned
By Russell T. Davies

“I'm the Doctor. I'm a Time Lord. I'm from the planet Gallifrey in the constellation of Kasterborous. I'm nine hundred and three years old and I'm the man who's going to save your lives and all six billion people on the planet below. You got a problem with that?”

Its once again time for another Christmas special and once again the Tenth Doctor is without a companion.   This time around he is paired with Kylie Minogue who is more famous for being a pop singer.  During the Summer and Fall all the speculation was about whether or not the Titanic that crashed into the TARDIS was the genuine article or a spaceship.  Well it turned out that it was of course a spaceship.  The Titanic it turned out was a holiday cruise spaceship that had tons of passengers traveling to Earth to experience the Christmas holidays.  Unfortunately The Doctor shows up so you know what is about to happen next. 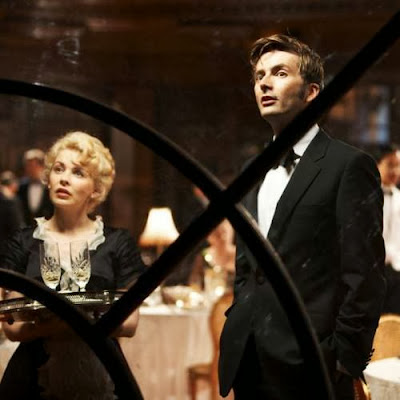 When this story first came out I was a tad hesitant about it and thought that the premise wouldn’t work and that it would not be a good story.  But my worries were for not as it was an entertaining story for the most part.  What we got was a story that had some elements of The Robots of Death and The Poseidon Adventure.  In other words we had an homage to disaster movies.  RTD gives us a pretty good disaster movie with the spaceship getting pelted by asteroids when the suicidal captain of the ship leaves the shields down so he can kill himself.  What ensues next is a fight for survival as the robot Hosts have also been programmed to kill anyone left alive on the ship.  Plenty of action in Voyage of the Damned to keep you interested. 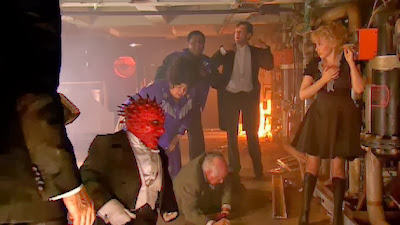 Not lost among the action was the character development.  You could really get a feel for the central characters of the story that when most of them died you felt sorry for them. Well except one guy Slade played by Gray O’Brien who was one character you were hoping would buy the farm but unfortunately survives the story.  What is the deal with the Tenth Doctor that where ever he goes all the girls fall in love with him.  It gets  old real fast and thankfully this doesn’t happen in the series that Donna is the companion. 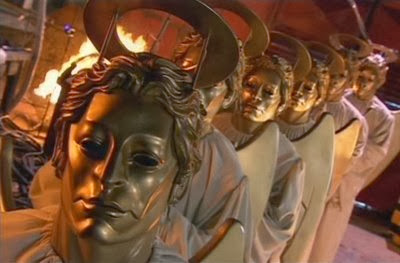 The robots of the story The Host were dressed as angels and turned out to be angels of death.  They eventually had their programming changed and started killing people because Max wanted that to happen and the disaster so he can save face and get his company back.  The robots’ turning on people has been done before and was done a lot better in the Tom Baker story The Robots of Death.   Plus the robots looked cooler in that story also. 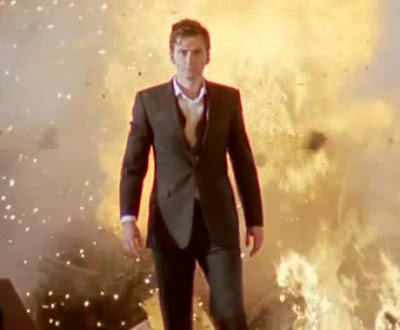 I liked the way Voyage of the Damned worked out including the ending when Astrid sacrificed herself to save everyone.  Pushing cyborg Max off the platform into the engines with a fork lift was pretty good and not what I expected to happen.  So no happy ending this time around. 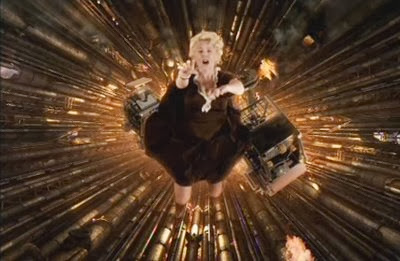 One of the surprising things in Voyage of the Damned was how well Kylie Minogue was.  This was another of the little things that worried me way back when this one first aired but her performance did not disappoint and did not bring the story down.  That distinction goes to RTD who did yet again another of his what was he thinking moments.  The stupid scene was the Queen running out of Buckingham Palace and the waving at the ship going Merry Christmas.  Really, did we need that scene?  I thought it was pretty stupid and an eye roller. 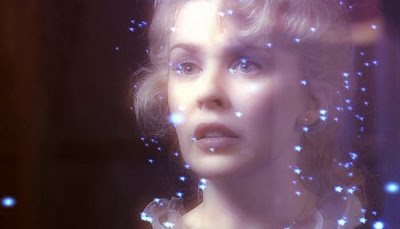 The Voyage of the Damned was an ok story with a lot of entertaining moments and was fast paced and action packed that didn’t require any heavy thinking to enjoy it.  A nice mindless story that has some faults like the angels lifting The Doctor up and flying up to the control deck and well the whole reason Max did what he did and expecting Captain to commit suicide was a stretch.  But overall Voyage of the Damned was a nice story to watch after Christmas dinner.
Grade B –
Posted by DR5WHO at 3:43 PM

Email ThisBlogThis!Share to TwitterShare to FacebookShare to Pinterest
Labels: 10th Doctor, David Tennant, doctor who, Doctor Who 50th Anniversary, Voyage of the Damned