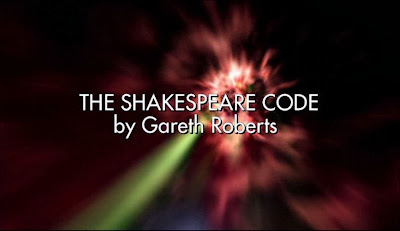 Doctor Who:
The Shakespeare Code
By Gareth Roberts

“That's it. They used you. They gave you the final words like a spell, like a code. Love's Labor’s Won. It's a weapon. The right combination of words, spoken at the right place, with the shape of the Globe as an energy converter! The play's the thing! And yes, you can have that.” 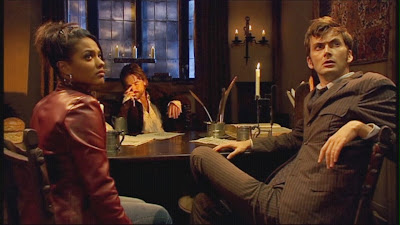 The Doctor and Martha do some snooping around and discover that the ones behind all this are the Cartonites.  A race that manipulates words to make things happen which looks like magic when they do it.  The Doctor and needs the help of Shakespeare to stop the Carronites by postponing his newest play which debuts tonight and it might already be too late to stop the invasion.  Unless of course The Doctor can think up of a way to stopping it using the words of Shakespeare as a weapon. 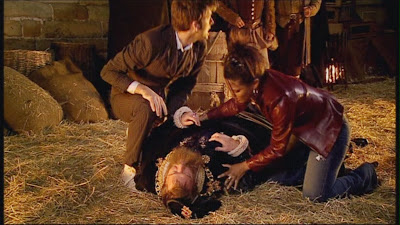 This is the story in which The Doctor meets William Shakespeare.  In its 50th year history The Doctor hasn’t met Shakespeare, on TV, until now in 2007’s Series 3 story.  Well the encounter is an intriguing one at that as we have three witches using Shakespeare’s genius to get their race on Earth.  What is clever about all this is that Carrionites need words to be said a certain way to open the portal between both worlds allowing them to invade the Earth and take it over.  Another of their powers is being able to control humans by getting a lock of hair like voodoo in a way. 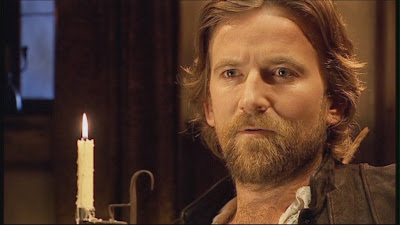 The Shakespeare Code is a pretty entertaining story to watch and a lot of fun also.  It is mostly fun if you are a fan of William Shakespeare with all the references to his numerous plays.  I’m not up on Shakespeare but even I was able to recognize them.  What I enjoyed in The Shakespeare Code was that it used a historical era that did not have any technology and The Doctor used his wits to stop the Carronites plan.  Even the sonic screwdriver couldn’t get him out of trouble which is refreshing since it is overused in New Who. 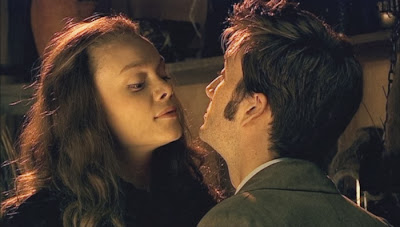 The Shakespeare Code has some similarities to Rose’s first trip back in time.  Both companions meet historical figures who also happen to be world famous authors.  Plus they are both aghast in amazement that they did travel back in time and take in the experience and coolness of being in past.  In fact if you look at it both companions’ first two trips in the TARDIS was to the future and the past and that is duplicated with this season.  He even does the same trick with Donna next season but leaves out the historically famous author. 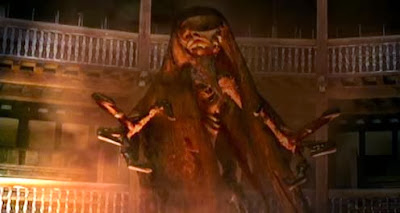 You can definitely get a different feel when Russell T. Davies isn’t writing an episode.  For one the silliness is cut in half and you do not have that face palm moment.  That has been a constant with his era and my biggest complaint except for the reset switch.  But I have to say his show runner skills is pretty good when he suggest stories for the other writers to write. The one negative I really had with The Shakespeare Code is that the witches looked a bit silly.  At least two of them looked like they were appearing in a play.  Maybe that was intentional and was playing on the play theme of the story but I did not really care for it. 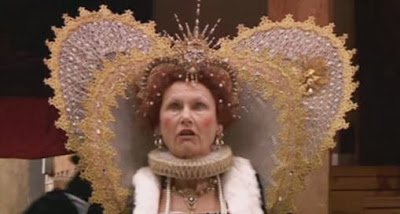 The Shakespeare Code is a fun story to watch and entertaining throughout.  Even with that Queen Elizabeth I scene which was surely a RTD add on.  It was pretty neat and clever concept to use words as a weapon and to not have a technology heavy story for a change.  Plus it has Shakespeare in it and how cool is that.
Grade B +