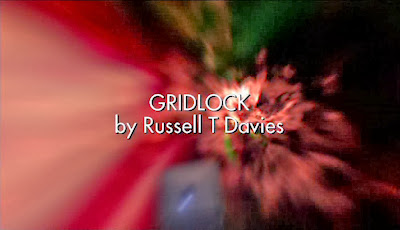 “You are not alone.”

The Doctor said one journey for Martha but he changed his mind and gives her another trip this time to the future.   They arrive at New Earth in the city of New New York a place he visited before with Rose and this time he wants to show Martha even though she quips the sarcastic rebound remark.   Unfortunately they do not land in the best part of the city in fact the arrive in a seedy underground part of it where there is shops selling drugs that can change your moods or even make you forget your troubles all together. 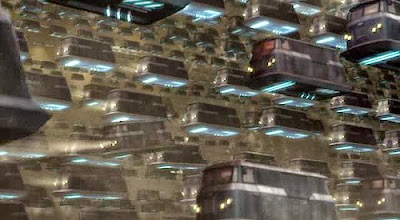 Martha is soon kidnapped by two strangers who are desperate to find a third passanger so they can take advantage of the fast lane and escape the gridlock of the endless traffic jam on the freeway.   The Doctor finds out that in fact the people on the freeway have been in a traffic jam for as long as 20 years and that no one has seen one police car at all.  The drivers have their faith and believe they will get somewhere even if it has taken 12 years to drive 5 miles.  There is another problem as something is lurking in the fast lane that is destroying the vehicles and killing the occupants and that is where Martha is headed.  The Doctor also is reunited with an old friend who has an important message for him. 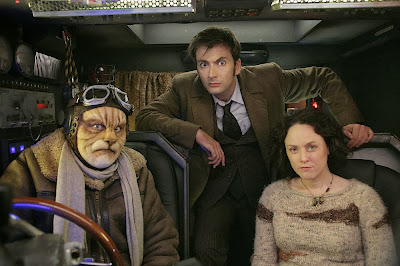 Gridlock is not a good story nor is it a bad story.  It is actually entertaining especially trying to see how The Doctor is going to save everyone in the cars trapped below the city in the expressway.  It is actually a pretty simple and basic story to watch and doesn’t take much thought to enjoy it.  You have the classic scenario where people are in trouble and The Doctor saves them.  You also have the companion getting captured and thus having to have The Doctor save her.  A trusted old Doctor Who formula that is tried and true with a classic monster lurking in the shadows below. 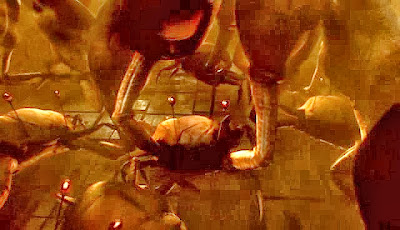 This story brought back the Macra that was last seen in the classic Troughton story The Macra Terror.  What is odd about bringing them back is that RTD could have used any old creature at the bottom of the fast lane but he chooses to reintroduce us to the crab like race that lives on gas. Even though they are more mutated than the ones in 1967 it was pretty cool to see an obscure alien return. 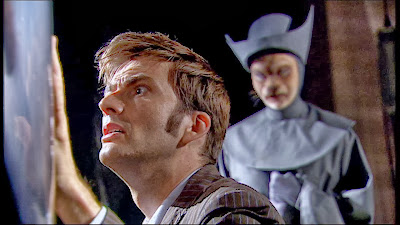 Gridlock wraps up the story of The Face of Boe once again waiting for The Doctor to reveal his secret.  It was a pretty touching and somber scene watching The Face of Boe give the last of his energy to help save the travelers of the freeway.  Releasing the locks on the barriers and opening them up so the drivers can drive to the surface and to be free.  Then watching The Doctor talking to Boe and hearing his last words urging him to hang on and not dies was sad to watch and when you hear the message the speculation starts forming in your mind.  Well watching it now we know who it is but at the time it was pretty exciting wondering who it is. 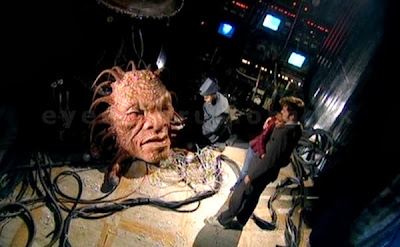 Gridlock has a happy ending where everyone is saved and ties up the loose end from the last series about The Face of Boes secret and sets in motion events for later on in the series.  It isn’t the greatest of stories but it isn’t the worst either.  It’s a fun story like Smith and Jones that you can watch to relax after a long day and not having to strain your grey matter at all to enjoy it.
Grade C +