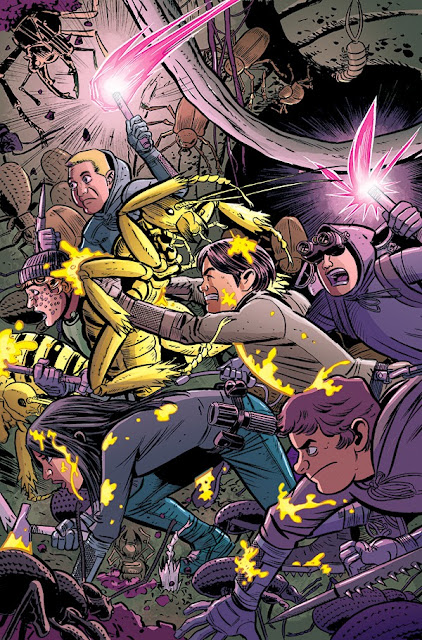 OCTOBER 11, NEW YORK, NY—David Lapham, the Eisner Award–winning creator of the smash hit Stray Bullets, is writing and drawing his own series again for the first time in five years, on not one, but two new creator-owned titles: Juice Squeezers and Kid McAlister!

Called “a perfect start to an addictive new serial” by Newsarama after its run in the Eisner and Harvey Award–winning anthology Dark Horse Presents, Juice Squeezers follows a covert group of tweens who form the main line of defense for the residents of Weeville against an army of giant bugs. The only ones who can fit into the cramped subterranean battlefield, the aptly named Juice Squeezers keep the endless swarm of bugs from overrunning the city. That is, until a new kid moves to town and threatens to awaken a dormant bug population. The exterminators may become the exterminated in this all-ages adventure story!

Hot on the heels of Juice Squeezers, Lapham weaves a western sci-fi tale with Kid McAlister, which follows a fifty-year-old cowboy trapped in the body of a twelve-year-old, as he returns home to Yuma, Arizona, after a long stint on the road. It’s not easy to stay hidden for long when you’re an eternally young “Electric Cowboy” and the best darn bull rider on the circuit. Also, Kid’s the only one who can see the body-snatching aliens taking over the populace, and he’s the only one who can stop them from taking over the world!

Praise for Juice Squeezers:
“How the hell can I ignore David Lapham writing and drawing again! My god that was a nice treat to discover and upon reading . . . I’m really looking forward to the next chapter and Lapham’s art was fantastic.”—Comic Bastards

“It’s a modern take on the innumerable monster movies of the 1950s that featured enormous bugs . . . The character dynamics are still in play, even as the group contends with maggots the size of corgis.”—Unleash the Fanboy 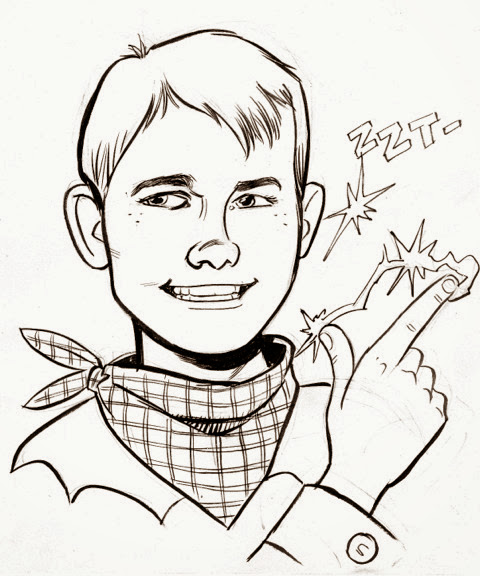