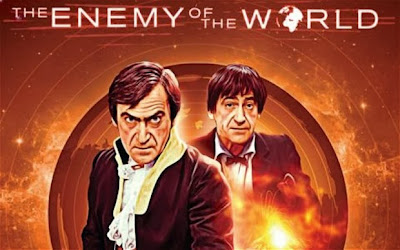 Doctor Who News is reporting that the upcoming DVD releases for the newly found stories will be each a single disc.  Some pictures have shown a 2 disc set mention on the cover.  One has to wonder if there are any extras on these releases and conjecture has it that these may be bare bones releases.  It is possible that the BBC rushed out these releases in time for the 50th Anniversary celebration and will, at a later date release a special edition with features and commentary.  There is also rumors that "The Web of Fear" release on DVD in February might include the real episode 3 that is absent in the ITunes version.

Right now this is just a guess and over the next week or so there may be more info on the extras.  It is still important that these releases get support because who knows how long until an extra filled release would happen if at all.  It is possible that the BBC is done with these types of extras completely, which is a shame if that is true.

The BBC Shop is selling a special version of the DVD with a slipcase cover (seen below) and a limited edition with an exclusive T-Shirt. 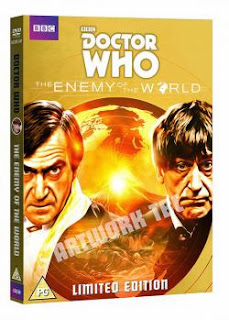 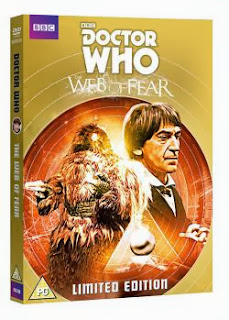 Email ThisBlogThis!Share to TwitterShare to FacebookShare to Pinterest
Labels: doctor who, Doctor Who DVDs, Doctor Who found, dvd, The Enemy of the World, The Web of Fear