Terror of the Zygons DVD Review 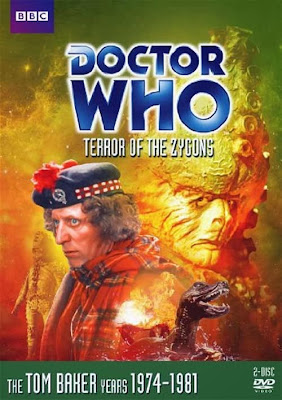 I have been watching a fair amount of Doctor Who this year and watching this latest DVD release has certainly been one of the many highlights for me. “Terror of the Zygons” is one of the earliest stories I had seen and during the late 70's to early 80's it was one I had seen quite often. Since then though I had not seen it until this month and I was happy to see that it has held up fairly well. Known for the first and up to this point, the only appearance of the Zygons, this story is also famous for the not so great effect of the Loch Ness monster creature. So does the excellent story and acting off set the poor effect or other short comings? 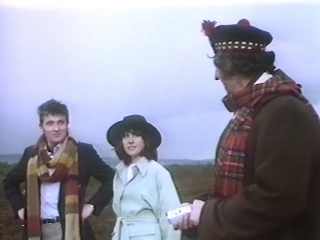 The Story – The Doctor, Sarah and Harry are called back to Earth by the Brigadier to investigate a mystery of the destruction of several oil rigs. The investigation leads to the reveal of an alien plot to take over the Earth. The Doctor must stop the Zygons from their goal but he must stop the giant Loch Ness Monster.

For the most part this story was well written and directed. As the mystery unfolds for the TARDIS crew and UNIT we see that there are aliens who have the power to turn into humans they have kidnapped. This gives the story a little tension as you are not sure if there are not any Zygon duplicates around. Doctor Who often uses the look alike plot. The Autons, the Rutans and the story “The Android Invasion” are just a few but the use in “Terror of the Zygons” is not as prominent. It is more of an after thought and only used in a couple of instances. The Zygons were often explaining their plan to Harry or the Doctor and at times this was annoying as it seemed the only way the Zygons could be defeated. While this is a common problem with villains telling the good guys what they are up to, it was more obvious in this story. 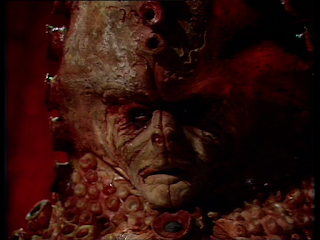 The Zygon is one of the better monster designs in Doctor Who's history and this includes their interior of their space ship. The colors and unique sucker motif is certainly memorable. The Zygon ship miniature and most of the effects associated with that are also done extremely well. Then we have the Loch Ness monster. It is definitely the biggest let down for the story. The miniature doesn't look right and its execution never works that well. 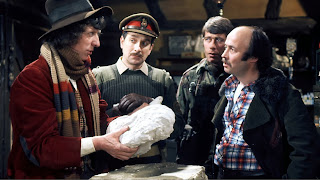 The cast does well from the supporting cast to UNIT and the TARDIS team. It is a bit sad to see the old formula of the Doctor and UNIT begin its final days, with only “The Android Invasion” as a last gasp appearance. The Brigadier and Benton still have their moments as does Harry Sullivan (Ian Marter) but even he knows his time has come. Tom Baker continues to shine and Elizabeth Sladen is perfect.

The DVD includes a short segment which had actually only just been located and restored. To tell you the truth I had to look up the segment because it had been so long since I have seen this story that I couldn't figure out which segment it was. 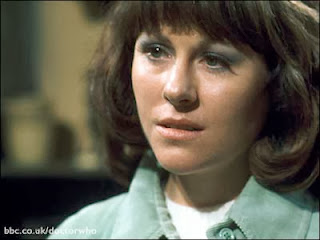 I have always been very interested in the behind the scenes production people in shows and movies and feel that they always take second seat to the performers in them. I do have to admit though that the commentary track of producer, writer, production unit manager, costume and sound designers did not appeal enough to me this time around. Perhaps it was that it had been so long since I had seen this story or perhaps I was hoping for Tom Baker and maybe even John Levene to have a commentary. It would have been superb to hear another Liz Sladen commentary that might have possibly been recorded before her death but alas. 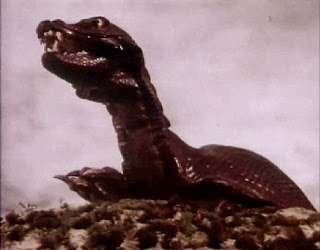 Baker and Sladen's absence in the commentary is made up for in the Doctor Who Stories segment for each. This highly entertaining overview use entertaining animation to introduce segments of interviews about their time on the show. These segments have been used in other DVDs and the fact that these two used interviews from before 2005 and the new series was interesting as both talked about what the series could include. Tom Baker is the one who talks about playing a baddie in the new series which has yet to happen sadly. His segment is hilarious as usual. The making of and look at director Douglas Camfield segment are great additions and are well made. Lots of insight and new stories.

Also in the extras is an episode of Merry-Go-Round which features Liz Sladen hosting a show about oil rigs. There is also a part 3 look at the UNIT family and the usual photo galleries, coming soon trailer and easter egg. An isolated score and an interview with Tom Baker from that time period round off the extras.

This, at one point is said to be one of the last classic DVDs to be released as the run is winding down. With several releases on the horizon from partial animated stories to the recently recovered stories from the 60's one can't imagine that this is the end at all.

Terror of the Zygons is an excellent story and the DVD does it justice.