Doctor Who 50th Anniversary: 42 By @Paul_Bowler 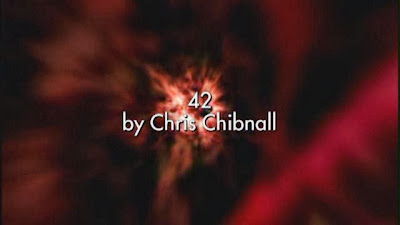 Doctor Who:
42
By Chris Chibnall
Reviewed By Paul Bowler


The 10th Doctor (David Tennant) and Martha (Freema Agyeman) respond to a distress signal from the SS Pentallian, a spaceship with engine failure, which is falling into a star in the Torajii system. Shortly after they arrive, the Doctor and Martha are cut off from the TARIDS because of the extreme temperatures. They team up with the Pentallian’s crew and their captain Kath McDonnell (Michelle Collins), and together they must find away to find a way through the deadlocked doors to reach the bridge so they can deal with the crisis facing the ship. 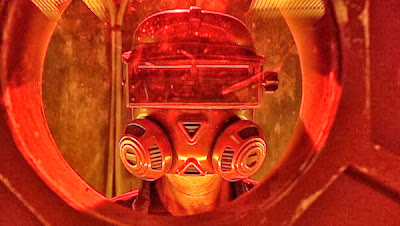 The doors are encrypted with a series of passwords, consisting of various pop-music questions, which must be answered correctly to advance to the next part of the ship. While Martha and Riley (William Ash) beging to make their way to the bridge, answering the questions for each lock, the Doctor attempts to help the engineering team fix the engines. Martha also calls her mother, Francine (Adjoa Andoh), on her modified mobile phone for help with one of the questions. Francine helps them with the question, but she also has a few awkward questions for Martha, about the Doctor… 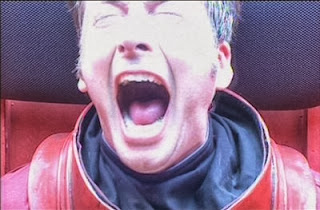 Meanwhile, Captain McDonnell’s husband, Korwin (Matthew Chambers), has become infected by a strange entity that is making his body temperature rise. The crew sedate him and continue their repairs, but he recovers quickly, putting on a welding helmet and begins killing the crew by opening his visor and unleashing a deadly wave of heat, before infecting another member of the crew, Ashton (Gary Powell), with the same energies.

Martha and Riley later become trapped in an escape pod to avoid being killed by Ashton, the Doctor arrives, but is too late to stop Ashton ejecting the pod and sending Martha and Riley plummeting towards the star. While Martha calls her mother again to apologise, the Doctor dons a spacesuit and goes outside the ship to activate the magnetic controls, and draws the pod back to the Pentallian. Once they are aboard, the Doctor finds he has also become infected. The Doctor now understands that the star is really a living entity, and the crew drew the stars heart to use for fuel, a practice that is illegal, which is why the star began infecting the crew to recover its energies. 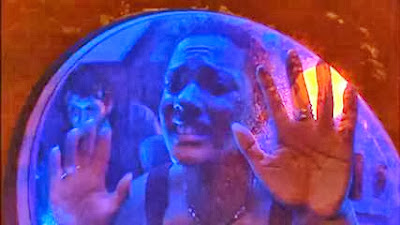 Korwin attacks as Martha places the Doctor in the status chamber, to stop him from regenerating because of his rising temperature. The Doctor tells Martha she must leave him and get the crew to dump the fuel. Captain McDonnell traps Korwin in the air lock, sacrificing herself, by blowing them both out into space. Martha manages to warn the crew in time. They dump the fuel, which allows the engines to start, and slowly the ship begins to move away from the star. The energies within the Doctor slowly fade’s away and he returns to normal.

The Doctor and Martha say their goodbyes and leave in the TARDIS, where the Doctor finally gives Martha a key to the TARDIS. Martha calls home again, and learns that it is now Election Day. When the call is over, we see that a strange woman has been monitoring Francine’s calls, and she takes her phone away… 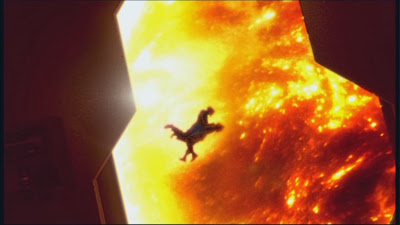 42 is an action packed story by Chris Chibnall, told in real time, events unfold at a blistering pace as the Pentallan hurtles towards the star. David Tennant and Freema Ageyman are now really settled as the new TARDIS team, and they work really well together here. Martha gets a lot to do in this story, from solving the questions for the door locks, to helping bring the Doctor’s temperature under control, she plays a pivotal role in saving the ship. She also has some great scene with Riley, who obviously takes a shine to Martha, and there are some nice moments between Martha and her mother when she calls home after becoming trapped in the escape pod.

Michelle Collins is also very good as the ships Captain, and the crew are also a good mix of characters. 42 is an immensely exciting story, directed by Graeme Harper, and has some great special effects as well, especially the exterior shots where the ship falling towards the star. The members of the crew who become possessed by the star are also very creepy, their faces covered by the welding helmets they wear, stalking their victims as the glowing visor slowly opens. They may not be the most memorable of monsters, but they are still highly effective. 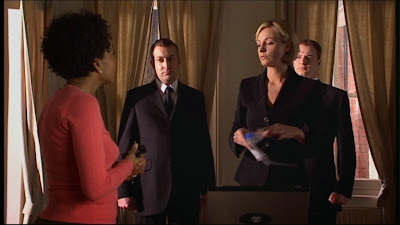 42 is another great edition to the third season of Doctor Who, with a good supporting cast, and great performances by David Tennant and Freema Agyeman, and it builds on the mystery surrounding Mr Saxon as well.
Posted by DR5WHO at 1:30 PM