Doctor Who - The Web of Fear Review 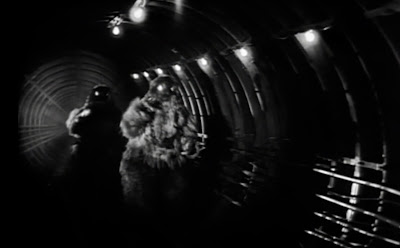 I love doing these reviews of stories I never thought I would ever see. Hopefully there are more to come.

"The Web of Fear" is one of the most important and talked about stories of the famed missing Doctor Who. Not only does it feature the return of Professor Travers, the Yeti and the Great Intelligence but it includes the debut of Lethbridge Stewart (Nicholas Courtney). This story would act as the primary blueprint for the U.N.I.T involvement in Doctor Who over the next bunch of years. 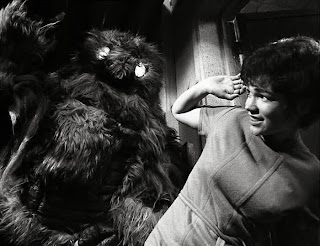 The story begins with Professor Travers losing one of the control spheres he had held onto from 40 years earlier in Tibet, the events of which were just seen in The Abominable Snowmen a few stories early. A Yeti from a museum escapes. Meanwhile the TARDIS is forced to land in the underground of London and the Doctor, Jamie and Victoria discover a bad of soldiers under siege by an army of Yeti and a foam like fungus web blocking the underground. The Doctor must find out what the Intelligence is up to and stop it. 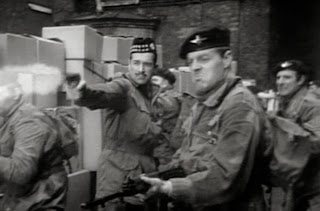 This story is a sequel to "The Abominable
Snowmen" and up until this year had only one existing episode (episode 1). It appears that episode 3 is still missing as the recent Itunes release has just a reconstruction with the original audio track. This is a shame as episode 3 is the one where Lethbridge Stewart first appears but the BBC has done an excellent job with it. I also want to say that this and "The Enemy of the World" looks absolutely stunning for these digital releases. It was said the films were in excellent shape but the restoration team remastered them in HD in order to get the best quality possible. While they are still only standard definition 625 lines of resolution, the HD remaster process gives the video the best possible look. 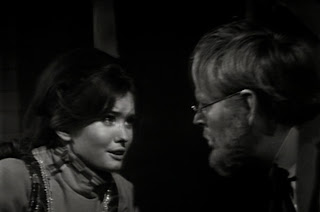 This story certainly lives up to the memories and statements from over the years. There is plently of action and suspense as well as a bit of a mystery as we the viewer are offered up several possible choices of a traitor including Lethbridge Stewart. The highlight of the piece is in episode 4 with a fairly cool battle above ground between the Yeti and the soldiers. One is reminded of the next season's story, "The Invasion", with the Cybermen. Of course this came first. Still, to see this early formation of soldiers vs monsters is exciting to see. The use of the music Space Adventure, which has been used numerous times in Doctor Who including "The Tomb of the Cybermen", works well in the battle sequences. 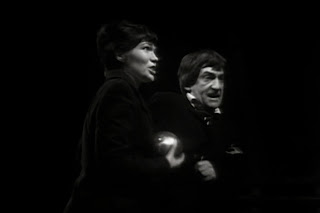 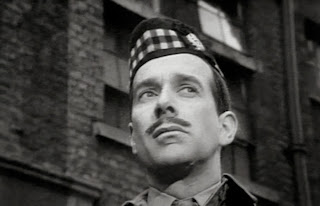 The ensemble cast work well together including the various soldier character with Evans and Arnold topping the list. It is a shame Evans wasn't made into a regular UNIT soldier later on. Jack Watling shines as professor Travers and Tina Packer (Anne Travers) gives us yet another strong female character, this time with intelligence and a strong will. The previous story's female, Astrid by Mary Peach was another example but of a more action type.  It was especially good to see Tina Packer and Pat Troughton (the Doctor) act as they worked well off each other.  Seeing Deborah (Victoria) working with her father Jack (Professor Travers) was great!

Nicholas Courtney's first stint as Stewart shows that this original portrayal was perfect and from this point on he didn't miss a beat. It must have been interesting seeing him for the first time and thinking he may be the traitor.

The bulk of the story is underground and the lighting for this story is superb. The attempt to make the Yeti more menacing from the teddy bear like versions in 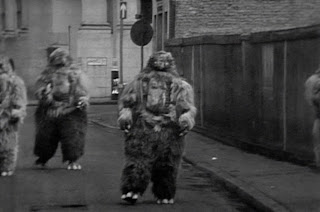 "The Abominable Snowmen" loses ground when they are lumbering their way down the streets of London.

They are so cute!! 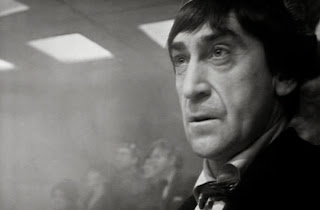 With the historical relevance of this story assured, the story itself is pretty enjoyable and fun with the usual level of comedy, action and suspense. The ending certainly telegraphs a sequel which we did eventually get in 2012. I highly recommend this even for fans of the new series as it gives you more of an idea of what the Intelligence was up to and does fit in well with the stuff of late.

I loved this but might have not been as surprised as "The Enemy of the World".  They are both excellent examples that we now can see more of Partick Troughton's Doctor.