10 Reasons to Watch the Fourth Doctor 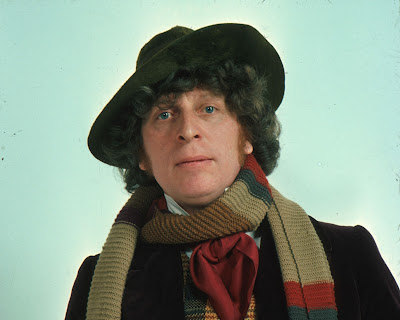 The Top 10 Reasons to Watch the 4th Doctor

10 - More Horror – no longer disguising the fact that Doctor Who is a horror series, the producers went all out with stories such as “Horror of Fang Rock”, “The Stones of Blood”, “The Brain of Morbius”, “Planet of Evil”, “Pyramids of Mars”, “The Seeds of Doom”, “The Robots of Death”, “The Talons of Weng –Chiang” and “State of Decay”.


9 - Epic Regeneration – when you have someone play the Doctor for that long (twice as long as anyone before or since) the final episode has to be epic. “Logopolis” is a mixed bag of poor effects (The still image of the Master is one of the worst in Doctor Who history) and annoying new companions (I like Tegan but it was not the best time for her to come in and start complaining). The final moments brush all that aside and gave us (for some, their first) a regeneration of epic level.


8 - The Production Staff – I think this combination of writers, producers, directors and so on are the best the show ever has been. They did come up with a good number of bad ones but overall they did a great job in creating some of the most complete stories for a large number of years.


7 - Tom Baker takes over – one can see a growing unease among the cast as the seasons went on. It is always fun to see the ever noticeable Tom Baker emotion as he interacts with others. Spotting these little things as well as his many ad libs is also fun to see.


6 - Shada – harking back to the missing episode syndrome where fans will think missing episodes are the best stories ever (until they are found, aka “Tomb of the Cybermen”), “Shada” is that one episode in Doctor Who history that was partially completed before a strike. The footage has made its rounds on bootleg and previous releases on DVD but the story was never completed, bringing in the feeling that the story was the best Tom Baker story ever. It certainly could have been the best of the season beating out “The Creature From the Pit”, “The Horns of Nimon” and “Nightmare of Eden” but would it really have been better than “City of Death”?

5 - Leela - I already mentioned the definitive companion, Sarah Jane Smith in the Jon Pertwee era and Liz Sladen’s best work was during the 4th Doctor era but Leela is a different type of companion. It is refreshing to see a companion that could hold her own in that unique way she had.


4 - The Bad ones – there are a slew of poor episodes in the 4th Doctor era – some which may be fun to watch with a group of fans, others we have tried to forget. I will let you decide which ones are the bad ones (AKA “Underworld”).


3 - Genesis of the Daleks – one of the best Doctor Who stories ever, performances by all the cast really sold this one completely.


2 - John Nathan Turner – Say what you like about JNT but he pushed Doctor Who into the present day by working on the shows visuals. Up to that point the visual were more background. He put more emphasis on them and also created more complex stories. These changes would make the show seem more adult and sophisticated but perhaps changed it too much for some.


1 - Tom Baker – Arguably the most popular and definitive Doctor, Tom Baker did a great job melding the Doctor into combinations of previous Doctors while creating a new eccentric style. His Doctor would be the primary ambassador to the U.S. and he would be the poster child for the series for years after he left the series. You never know what to expect from Tom Baker. His Doctor was highly enjoyable to watch. 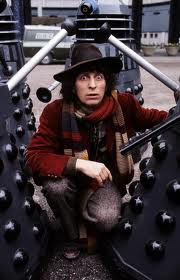