Doctor Who 50th Anniversary: The Power of Kroll 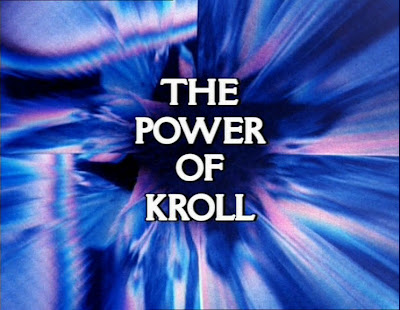 Doctor Who:
The Power of Kroll
By Robert Holmes

“Doctor? Sometimes I don't think you're quite right in the head.”

The Doctor and Romana have landed on the swampy moon of Delta Magna where there sits a methane refinery.  The factory is run by a group from Earth who the Swampies he inhabit the moon believe they have been taken for fools and believe they will lose their home.   To make matter worse there is a weapons dealer giving the Swampies guns to help in their battle with the people from Earth.

The Doctor and Romana have gotten themselves stuck in the middle of the disput between the two sides and Romana gets herself captured by the Swampies and is going to be sacrificed to Kroll.   It turns out to be a Swampie in costume as The Doctor comes to her aid.   To make matters worse the real Kroll has decided to rear his head after many years and this time he is going after everyone.  So not only does The Doctor and Romana have to find the fifth segment of the Key to Time but also have to find a way to defeat a humongous giant squid like creature in Kroll. 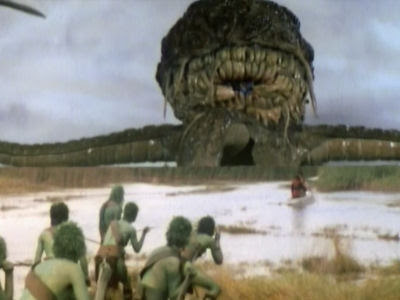 This is the last story Robert Holmes wrote for Tom Baker and he goes back to the base under siege formula that works so well in Doctor Who if done properly.  This one isn’t bad as the refinery is under attack by Kroll and eventually the Swampies.   Plus you have the paranoid and psychotic commander who doesn’t have any regard for any life what so ever. 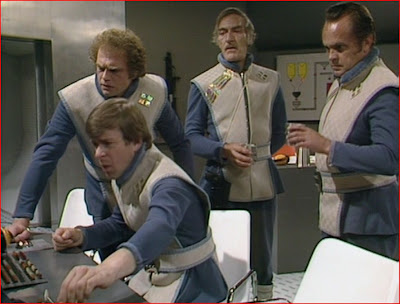 Thawn wants more than ever to wipe out all the swampies and will do it no matter what even if it means he has to kill his own men which he does as he kills Duggen.  What is funny is that K – 9 is not in The Power of Kroll but his voice is.  John Leeson who voices K – 9 plays Duggen.  So at least he gets paid for doing something else besides being a robot dog. 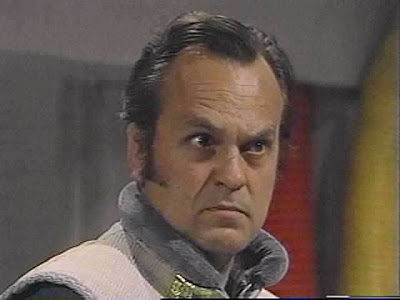 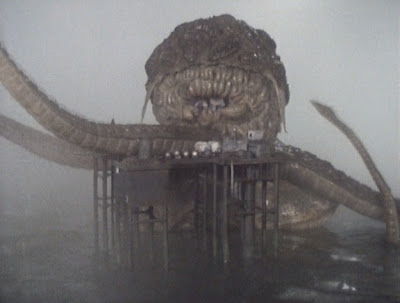 I really have to laugh at the Swampies themselves.  Their hair looked ridiculous as it looked like rope glued together and well they are wearing loin clothes and painted green.  I sure hope the actors were paid well for this but knowing the BBC they probably were not.  But I give them credit for being a Swampie and wearing that get up. 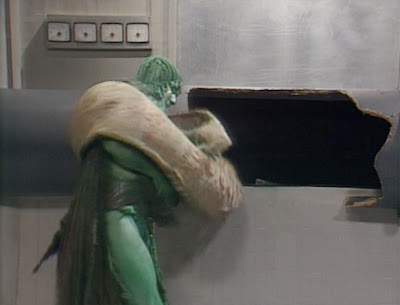 You have to love Kroll.  Kroll is a big giant squid that turns out to be the fifth segment of the Key to Time.  It was actually a good looking one at least the tenticles as those looked pretty menancing. Well, ok, maybe not that menacing but they looked pretty decent for the 1970’s 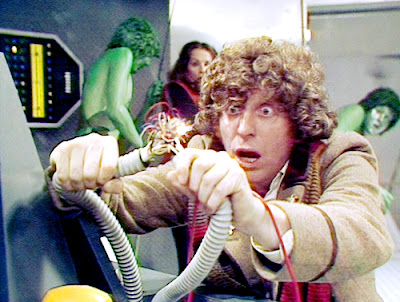 The Power of Kroll is not a bad story in itself but when you get a Robert Holmes story you expect more and this time he goes political again using the Earth people being oppressors to the Swampies. His stories were he goes scary and gothic work well and with this production group his style seems to be watered down. At least when Robert Holmes returns, years later to Doctor Who, for The Caves of Androzani he delivers the goods with a classic story.
Grade B