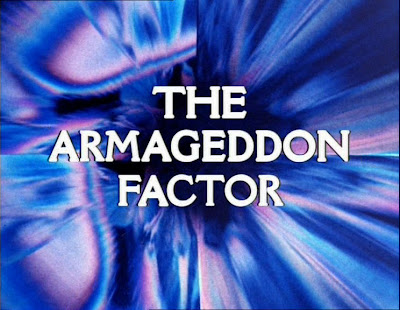 Doctor Who:
The Armageddon Factor
By Bob Baker and Dave Martin

“I shall destroy you for this! I will disperse every particle of your being to the furthest reaches of eternity!”

Hidden away on a hidden planet is the Shadow.  He is an agent for the Black Guardian and he has the last piece of the Key to Time but he doesn’t really know it.  It appears that Princess Astra is the final piece and she is a prisoner of the Shadow.   What other problems they have is that The Marshall is still hell bent on war and winning the day even though the Shadow has stopped the war and that the Planet he is attacking is run by a battle computer.   The Doctor uses the Key to Time with a fake piece to stop time with the Marshall’s Ship and the battle computer while he can confront the Shadow and get the last piece of the Key before The Black Guardian arrives and takes it from him. 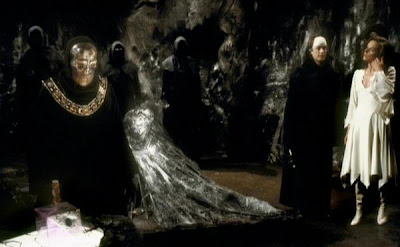 I really do not like The Armageddon Factor.  I find it to be a poor ending to a good season with The Key to Time theme.    For one it is too long.  Being a six part story it is filled with lots of running through corridors on different planets.  It kind of reminds me of a Hartnell story where they do a lot of running around but do not accomplish anything.  In fact this happens throughout most of the story and how many times can the same people get tricked into going into the transmat shaft.

By watching this story I can see why John Nathan – Turner got rid of the six part stories when he took over as producer in little more than a year.  For one a majority of them were not good and were just too long and boring.  Take The Armageddon Factor for instance.  It is muddled with a lot of filler and it really hampers the story.  By the time of part 4 and the many running around corridors I started to lose interest and it was getting to the interesting part of the story. 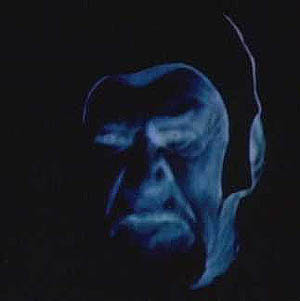 With that said the conclusion is pretty good. I loved the confrontation with Black Guardian and how The Doctor outsmarted the Guardians.  By dispersing the Key so no one can use it is brilliant and what you would expect The Doctor to do instead of letting the Guardians use it.  Plus it sort of sets things up for the Twentieth Anniversary season when The Black Guardian tries to make good on his threat of killing him. 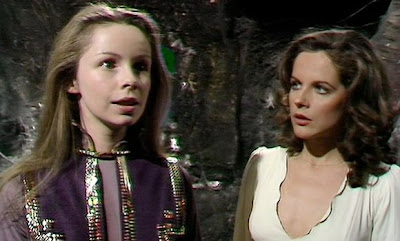 Sadly this is the last time Mary Tamm plays Romana on TV.  She does return for the Fourth Doctor Series by Big Finish audios and does a wonderful job playing Romana again before her passing but alas this would be her last time in the role.  Ironically she would be replaced by this stories guest star Lalla Ward who played Princess Astra. 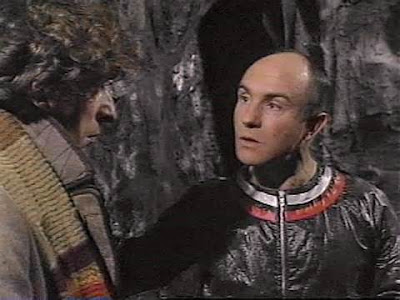 We meet another Time Lord in this story. Drax the jokester who seems to have gone the Academy with The Doctor and  he specializes in repair and maintenances.  Drax is also the one who made the Battle computer and when he was finished he was prisoned by the Shadow.  Drax is the one who calls the Doctor Theta Sigma.  Some think that is his real name or a nickname he had at the academy.

The Armageddon Factor is not a good story in my opinion as it just keeps going on and on and is loaded with filler galore.  It could have been better if it was a four part story but being a six part story it is just too long and very dragged out.  If anything it is worth watching parts five and six as those are the most enjoyable parts of the story.
Grade C –
Posted by DR5WHO at 10:34 AM