Doctor Who - The Roots of Evil Review 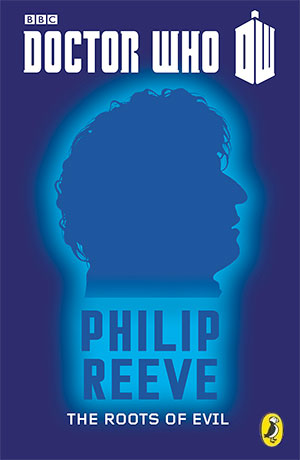 Doctor Who:
The Roots of Evil
By Philip Reeve


The Doctor and Leela land on a space station that is actually a tree. The Heligan is a type of tree that will produce enough oxygen to terraform a planet and make it habitable.  Apparently The Doctor has been to this particular tree before as it knows him and imprisons the TARDIS with its limbs.   It appears The Doctor has been here before and if he returns he will be executed.  In fact the tree is so riled up that it’s sending out killer spores that seem to be killing the inhabitants of the tree just to get at The Doctor.  So it’s up to The Doctor and Leela to find out how to stop the killer tree spores and find out why everyone hates The Doctor so much.


I enjoyed this short story from The 50th Anniversary short stories by Penguin publishing.  This one has action packed and had a good mystery to it.  I enjoyed finding out why The Doctor was so hated and when I found out which one of his future selves was the cause it made totally sense.  But the reason he is hated turned out to be different than what the inhabitants were told and well you just have to read for yourself.


This story had the feel of a Tom Baker era story and it also got the characterization right also.  I liked the fact the author used Leela as she is not used that much in books and comics so it was good to see her get some representation in the literature world.  In fact it had a good feel to it and was pretty interesting that I read The Roots of Evil in one sitting.  .  It was the most action packed of the four stories so far and you had to love the running away from the monster story which brought its own brand of excitement. I really enjoyed this one and next to The Spear of Destiny this one was kept the winning streak going.  Bring on the 5th Doctor story.

Email ThisBlogThis!Share to TwitterShare to FacebookShare to Pinterest
Labels: 4th Doctor, doctor who, Doctor Who 50th Anniversary, Philip Reeve, The Roots of Evil