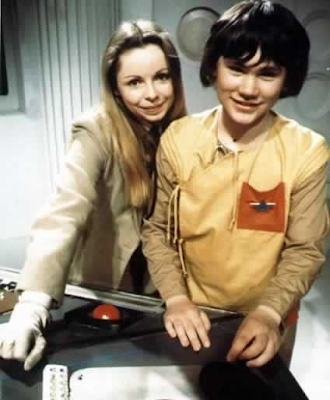 Oh what can happen when you fly through a charged CVE?  Well you end up in E-Space that’s what.  What’s E- Space you say? Well E- Space is not a parallel universe but a universe existing alongside ours.  Well it just so happened that The Doctor, Romana and K-9 were aboard the TARDIS heading to Gallifrey when they flew through a charged CVE and ended up in E – Space.

What is commonly called the E – Space Trilogy by fans of Classic Who consists of three very different stories that helped comprised season 18’s entropy themed season.  Full Circle, State of Decay and Warriors Gate are very cleverly written and also have some historical significance to the history of Doctor Who. 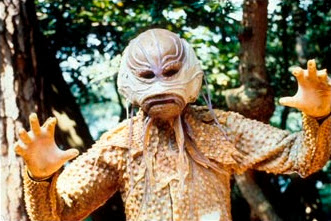 Full Circle has the dubious distinction of being the story that introduces Adric.  That’s right.  That whiny companion who many people do not like at all myself included.  It takes place on the planet Alzarius.  There the Doctor and Romana arrive right when mistfall occurs and the rise of the Marshman from the planets marshes appear. 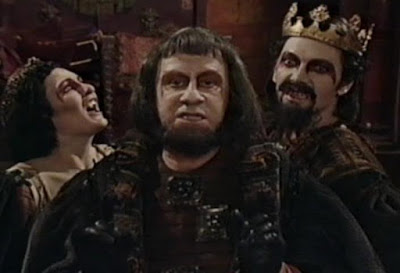 State of Decay is a true vampire story written by old Doctor Who stalwart Terrance Dicks.  It is an awesome story that pits the Doctor against the ultimate evil Vampires.  Or more accurately The Doctor must stop the Great Vampire.  The Great Vampire is an old enemy of the Timelords from the old days.  It is the sworn duty of any Timelord who happens upon The Great Vampire to kill it and prevent it from conquering the universe. 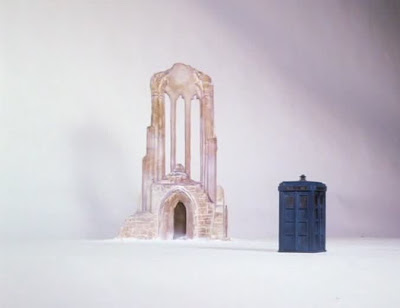 Warriors Gate is the story that sees the departure of Romana and K- 9 from the TARDIS.  It is a pretty basic story that takes place entirely in the studio.  But what they do with it is quite amazing.  From the ship to the Gate itself this story boasts some impressive sets and what they did with the green screen shots for 1980 was pretty impressive. Most impressive is the world behind the mirror which has some pretty cool imagery which still stands up today.  It also boasts an anti-slavery message as Romana leaves in order to help release the Thralls from slavery.

The E – Space Trilogy was something different and regarded by the fans as being a collection of pretty good stories from season 18.  I enjoyed each of the stories that comprise the trilogy as each story brings something different and has its own little niche. One thing about the stories is that pretty good is that each story can stand on their own without the linking aspect of E – Space. 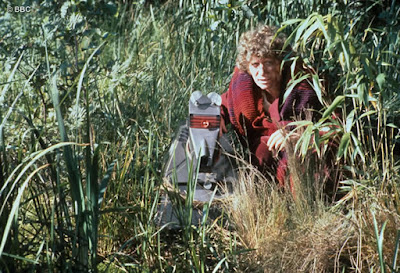 The E – Space trilogy has some wonderful moments and some good performances by the regular cast.  In fact you could say that Tom Baker really shined in these stories and you can truly see how magical he was in the role of The Doctor.  So now my reviews have taken me to the E – Space Trilogy and let’s see which ones I liked and did not like in the days to come.