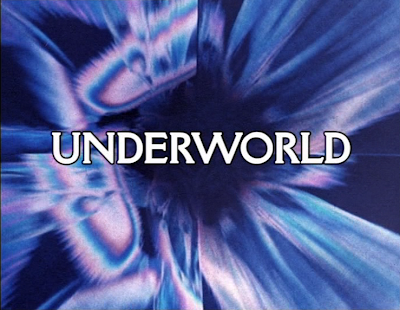 
Way out in the known Universe very far out near the outer rim and all that the TARDIS materializes on a very old ship that has been wondering aimlessly on a quest.  The R1C has a crew of Minyans who happen to be the last of their race and are looking for the P7E.   They seem to have found a sign of it inside what appears to be a newly formed planet.


The Doctor knows of the Minyans as the Time Lords once tried helping that race years and years before and were rejected by them and decided to adopt their none interference policy.  It appears on the planet there is a race of people being held as slave by the Seers. The Seers are controlled by The Oracle who wants nothing to do but destroy those on the R1C and the slaves.  The Doctor must help defeat the Oracle and help the Minyans get the race memory so they can start anew on Minos 2. 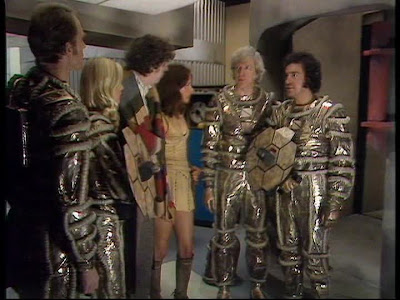 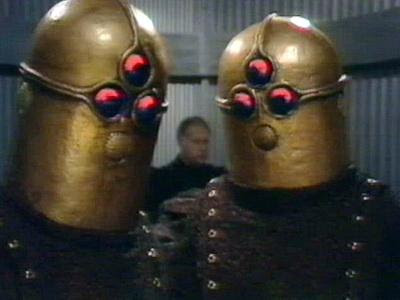 If you want a blue print for the cheap in BBC then look no farther than Underworld.  Since they wanted to use some elaborate sets for The Invasion of Time poor Underworld gets reused sets and some of the worst green screen special effects you will ever see.  It is downright atrocious even for the 70’s. 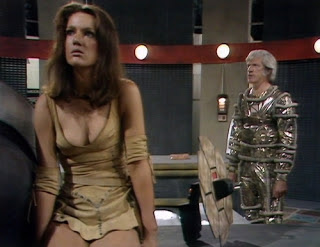 I just do not like this story at all.  I don’t know if the effects turned me off or just couldn’t get into the story I don’t know.  As a 11 year kid back in the 80’s I never cared for it and now at the age I am at I still do not care for it.  Plus Leela is handled pretty poorly yet again and it is surely quite positively the writing on the wall that her days are numbered.


Underworld a story that is quite difficult to watch as it is boring and just hard to watch with some of the worst color separation overlay (CSO) in the shows history.


I guess it would be a good one to watch if you Science Fiction 3000 it while under the influence of alcohol.