Doctor Who 50th Anniversary: The Stones of Blood 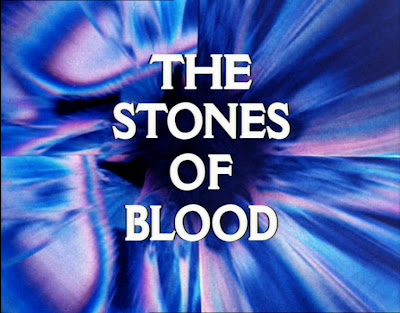 Doctor Who:
The Stones of Blood
By David Fisher

“How do you know? You've been locked in that capsule for four thousand years! Even the finest piece of machinery deteriorates after that time. Rust, dust, pieces of fluff. Think how you'd feel if you condemn an innocent humanoid to death just because you got a bit of fluff stuck in your sprocket wheel or whatever it is you've got in there.”

The locator sends The Doctor and Romana to a planet The Doctor knows all too well.   Earth is the location of the third segment and before they arrive the travelers receive a warning from The White Guardian to beware The Black Guardian.   They arrive at a stone circle called the Nine Travelers which is in Boscombe Moor, Cornwall.  There they meet up with Professor Amelia Rumford and her friend Vivien Fay who is surveying the stones.

Things do not seem as they appear as two of the stones seem to be alive. Two of them in fact are Ogri and they are blood sucking rocks.  Yes that is right they drink blood to survive and have been getting their fair share from campers to druids.  Things seem to be crazy as and not what they seem as it turns out that Vivian isn’t really Vivian at all as the leader of a druid cult is actually Cessair of Diplos a big time criminal who is awaiting trial by the Megara who are Judge, Jury and Executioner. So to find the next segment The Doctor and Romana have a whole lot to sort out first. 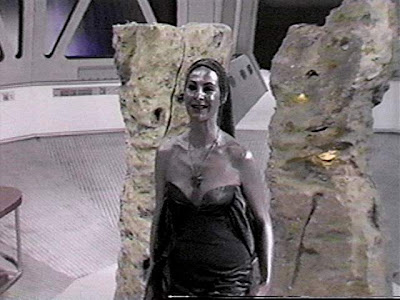 I’m not a big fan of The Stones of Blood.  It starts off well but the ending seems to silly and very annoying especially listening to the Megara.  They are so annoying and the look like over glorified lens flares that you would see in a J.J Abrams movie.  Plus the noise they made was extremely annoying also.  When the story moved to the spaceship it seemed to lose its character as it wasn’t scary anymore but something way to silly.  It seemed like a caricature of what it should be. 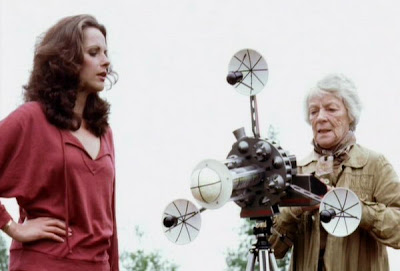 I did like the stuff that took place on Earth. I loved watching the Ogri going around and killing people and wreaking havoc in the countryside.  This part of the story was very well done as The Doctor was trying to figure out what was going on.  The mix of the Druids and the mystery surrounding Vivian was the best part of the story. 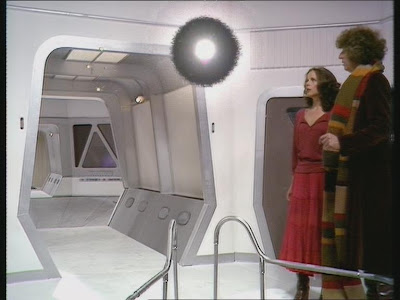 The Stones of Blood isn’t the worst of The Key to Time season as those stories are coming up pretty soon.  But it is one that is a mix bag and you either love it or hate it but I don’t mind it and there is some good moments in it.
Grade C +
Posted by DR5WHO at 5:10 PM

Email ThisBlogThis!Share to TwitterShare to FacebookShare to Pinterest
Labels: 4th Doctor, doctor who, Doctor Who 50th Anniversary, The Stones of Blood, tom baker