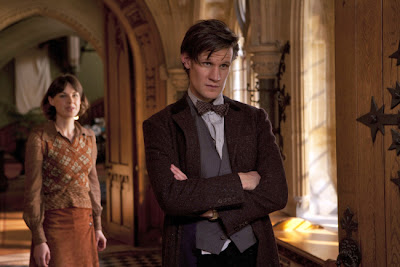 The Doctor and Clara are visiting a haunted house but not all is what it seems. There is a ghost but is it really a ghost? Is the Doctor really there to see a ghost or does he have another reason? Yet again we have a story with limited number of characters in a fairly simple setting. Newcomer to Doctor Who, Neil Cross (“The Rings of Akhaten”), is at it again with a fairly straight forward story that becomes more than a ghost story.

The idea is pretty easy to come to terms with but again, for the 4th time in a row we have an episode that really has more heart than most of late. We have a love story mixed in which is interesting but doesn't really propel the story along at an even pace. For the majority of the episode I enjoyed all elements of it but in the end it falls apart a bit for several reasons. 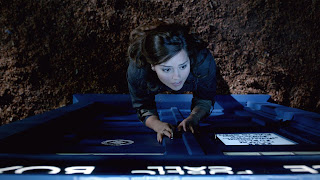 The character of Clara continues to grow. It is here that she sees more than she wants to see as she tries to wrap her head around time travel. She also begins to understand the Doctor some more and actually confronts him on how he might see all his companions, as ghosts. He also drops the hint that she is a mystery worth solving and she doesn't seem to put off by that. Clara has several moments with each of the characters in the story including the TARDIS which strengthens her companion part with the Doctor. 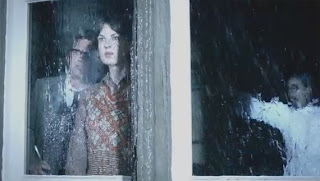 Emma (Jessica Raine) and Alec (Dougray Scott) are a couple who are trying to find the ghost and uncover the mystery of the mansion. Their relationship is just getting going and the Doctor and Clara jump start it for them. There are plenty of quiet moments for them to develop a chemistry between them although I felt it was a bit forced in this story. We really don't have much invested in these characters but it is great to see two characters taking it slowly and not doing a lot of flirting and winking and the usual Doctor Who sexual sway that most characters seem to do when they see someone nice looking. For once it is a realistic relationship.

Seeing Jessica Raine is a good preview for the upcoming docu drama An Adventure in Time and Space as she will be playing producer Verity Lambert. 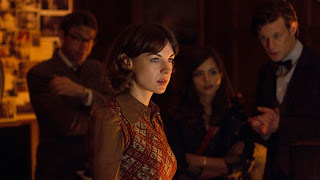 The ghost story line is well thought out but the 'monster' is a bit odd and will no doubt be criticized as its execution as an effect ranging from eerie to humorous. That laughing and the fear the Doctor experienced seemed a bit out of place given what we discovered the creature was actually doing. This reveal at the end is a bit of a let down and up until even the final moments of the story I felt “Hide” to be an excellent continuation of quality episodes for the season. The sappy almost ridiculous ending sort of derailed the story a bit.

Fans will no doubt like the appearance of a certain costume and a certain TARDIS function but I felt the writer wasn't sure how to end the story and just slapped something together. Like I have been saying this half of a season, these episodes have been a massive step in the right direction but from the luke warm rankings that the fans and viewers are giving these episodes, we will no doubt go back to the clutter and confusion of yelling and running around soon enough. Hopefully not until the end of the season.
Posted by SHADOKP at 9:00 PM