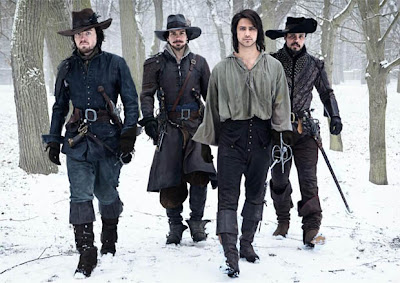 The new BBC One series that is filming now and will air in 2014 has released its first promo picture.  The 4 who would be the The Musketeers are Luke Pasqualino (Skins) as D’Artagnan,  Santiago Cabrera (Merlin) as Aramis, Tom Burke (The Hour) as Athos and Howard Charles as Porthos.