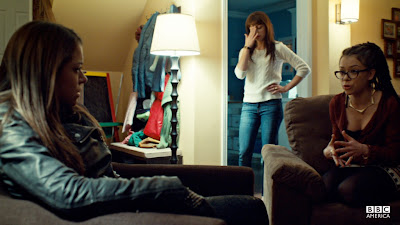 Really. Compare what is out there right now for sci-fi series. There are some good ones. An obvious choice would be Doctor Who and while Doctor Who has taken a massive turn for the better in the past 5 weeks, it has yet to show me that it can sustain high quality without resorting to its usual gimmicky plot lines. Shows like Revolution and Person of Interest have some good things going and in the case of Person of Interest, it might be tough not to claim that show is the best on TV right now but you have to put Orphan Black in the same level of quality as the best right now. 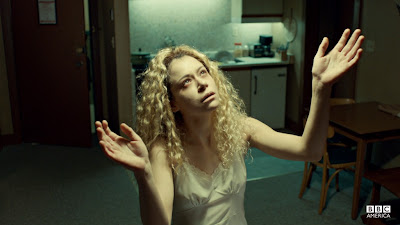 The show continues to evolve quickly and hasn't been stagnant. To start the show reveals a mystery that in every episode gets deeper and deeper. More and more answers come but the mystery just goes on and on. Just when one plot line seems done or explained, something else changes the game entirely. This paranoid genetic mystery is tightly woven into an exciting drama that is only as strong as its lead, Tatiana Maslany. This actress is portraying multiple parts, and doing an outstanding job. The writers are putting the twists into this series by reinventing each of her portrayals every week. Sarah is pretending to be Beth and Alison is pretending to be Sarah and meanwhile there is another clone who appears to want to kill them. Each of the clones lives might be compromised as well. 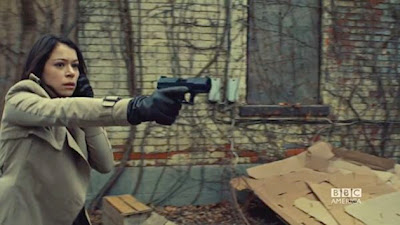 Unlike some series that really stretch the limits of believability with their revving up of mystery (Lost and Doctor Who for example) Orphan Black has, so far, kept the plot anchored in realism and logic. The series also has the perfect balance of plot, drama, comedy and action. Like most shows, eventually audiences will need to know the truth but in these types of shows, once the truth is out, it is not the same series anymore. It doesn't appear the show has reached that line yet and hopefully it won't for seasons to come.

If you are already watching the show then you know. If you haven't yet then give it a shot and enjoy the ride. Just when you think you know what is going on, the series throws in more mystery. Very enjoyable.

Note – in a previous article I wrote and made an unfortunate error by omitting one word that made my review of the first episode seem like it wouldn't be worth watching this show. That mistake was very wrong as this show is definitely worth it.
Posted by SHADOKP at 12:07 PM