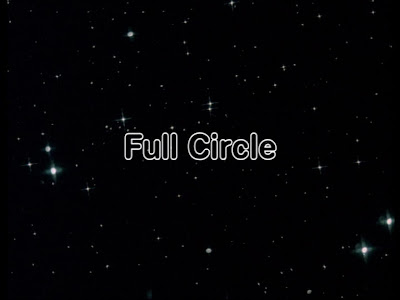 While responding to the call from The Time Lords The Doctor is in route to Gallifrey to return Romana home.  Romana doesn’t want to return home and spend the rest of her life on Gallifrey after experiencing all the adventures she has had while travelling with The Doctor.  Unknowing to the pair of time travelers the TARDIS enters a CVE and enters E – Space and lands on the planet Alzarius.  The Doctor is confused as the scanner shows Gallifrey but his eyes show him something completely different.

They appear to have landed on Alzarius at time of chaos.  It is the time of Mist Fall and there are creatures coming out of the water.   The Marshmen have taken over the surface while the Alzarians have taken shelter in the Starliner.   The Doctor and Romana have run into Adric who seems to have hurt his knee and is in need of aid.  He tells them that his brother and the rest Outlers are in a cave outside in the mist. 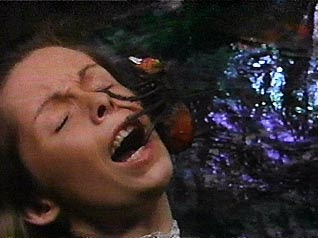 The Doctor goes out and investigates with K – 9 and find out that the mist is harmless but the Marshmen are not.  Adric goes back to the cave to get his brother and the rest of the Outlers and bring them back to the TARDIS with the homing signal.  They  arrive at the TARDIS and try and take it over when the Marshmen carry the TARDSI back to the Outlers cave.  There spiders are hatching from the fruit and make everyone panic and Adric and Outlers take off in the TARDIS and leave Romana there to get bitten by one of the spiders and got infected.  So it’s up to The Doctor to solve the problem of the Marshmen and find a way out of E – Space. 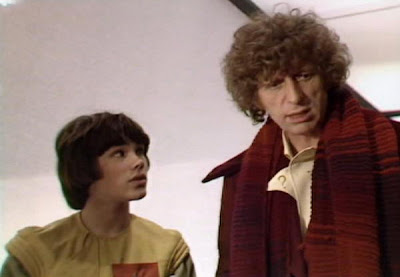 Full Circle is the first part of the fabled E – Space Trilogy and it get its started in a good way.   Full Circle is about just that a civilization that for all reason is needs to go full circle and get out of the rut they are in.  We find out that the Marshmen are actually the descendants of those who arrived on Alzarius on the Starliner.  What they need to do is leave the planet and let The Marshmen evolve and inhabit the planet for themselves.  It is quite an easy story to follow and it is quite good seeing The Doctor giving them a kick in the butt to get moving and stop being so complacent and doing the same repetitive thing over and over in doing senseless maintenance on a ship that doesn’t need it. 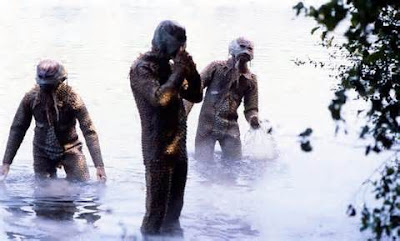 Full Circle is also the story that has the dubious honor of being the first appearance of Adric.  Adric is one of the most annoying companions of all time and is not held in high regard in Doctor Who fandom.  I personally do not like the character at all as the made him a really whiny brat.  Mathew Waterhouse was a difficult person to work with and you can sort of see contempt and hatred in Tom Baker and Lalla Wards eyes towards him.  Mainly in Lalla Ward’s eyes as she must have really detested him.   He isn’t the best companion but he does have some good moments but those are few and far apart. 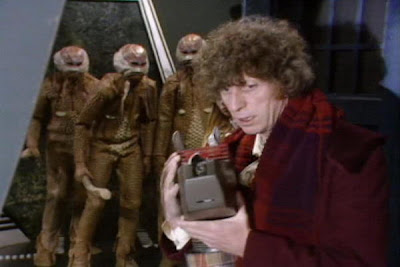 I liked Full Circle as it was a simple story and it was basically a monster of the week and base under siege.  It dealt with evolution and the trials of a civilization that needs to suck it up and claim an identity and find a planet to call their own.  It also gives us E – Space and starts something different and which Doctor Who needed at the time as it was in a rut of stories that seemed very much carbon copies of each other.  More adult stories and less silliness is in full effect and the season flourishes for it. Plus the stories are a tad darker as we would see later on.  Full Circle is the last of the normal Doctor Who stories that fans would recognized as the season would get darker and deal more with a science feel to it.
Grade B -