Doctor Who 50th Anniversary: The Androids of Tara 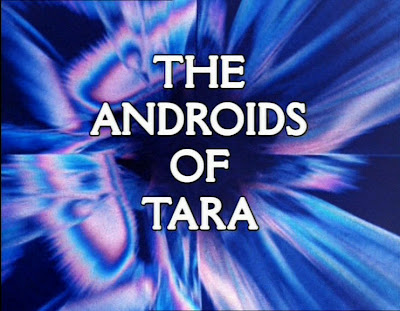 Doctor Who:
The Androids of Tara
By David Fisher

“Hear that, K9? Wedding bells or a funeral knell? Do hurry up. A hamster with a blunt penknife would do it quicker.”

The Doctor and Romana have landed on Tara in search for the fourth segment of The Key to Time.  The Doctor wants nothing to do with it and decides to do some fishing.  So Romana heads off and finds the fourth segment in fact she finds it pretty quickly as it was a piece of a statue.  Romana gets into trouble as she is attacked by some sort of creature.  She is rescued by Count Grendal who thinks she is an android of the Princess Strella.  In fact Romana is looks just like her and can pass as her twin.

The Doctor has some problems of his own as he is persuaded to help Prince Reynart with his android double.  Of course The Doctor accepts and finds himself embroiled in the feud for the crown of Tara as Count Grendal drugs their drink and kidnaps Prince Reynart in his quest for the crown.  Things get crazy as androids get destroyed and Grendal goes on the offensive and the double cross is the word of the day and it is up to The Doctor to save Romana and Prince Reynart his throne. 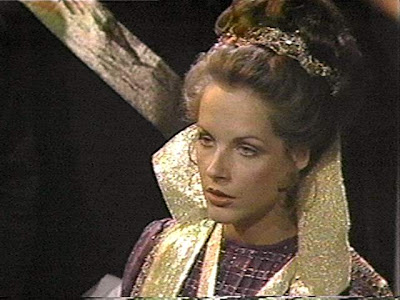 The Androids of Tara is the story where Mary Tamm shines. She plays two roles as Romana and as Prince Strella.  She is given a lot to do instead of being pushed to the background like she was for most of the time.  She is given a bigger role and flourishes as Princes Strella and as Romana posing as the Princess.  It is too bad she wasn’t utilized more in Doctor Who as she was the better of the Romana’s. 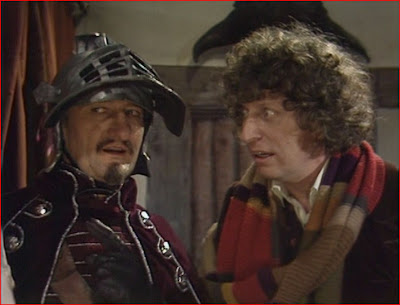 I enjoyed this story as it harkens back to a time where there isn’t much technology and that the Doctor has to outsmart his opponent. In The Androids of Tara there is a really good sword fight between The Doctor and Count Grendal which ends up with Grendal jumping of the castle into the lake. 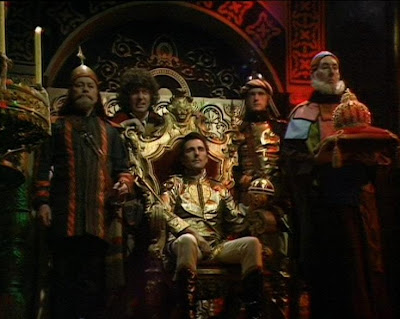 The Androids of Tara is a nice story to watch as it is not too complicated and it is a fun one to watch with some lighthearted and funny moments. It has some pretty good scenes and some action also but  if you are a fan of Mary Tamm’s Romana then this is the story for you.
Grade B