10 Reasons to Watch the Third Doctor 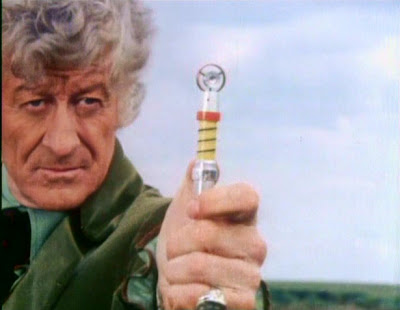 10 - Effects – Related to the color reason listed later on, is it me or did a lot of the effects, especially the CSO effects look worse in color than they did in B&W? As with previous seasons of Doctor Who, we have a pretty famous array or poor effects including the dinosaurs in “Invasion of the Dinosaurs” and the horrible CSO in “The Green Death.”  Still they were getting more ambitious!

9 - Location Shooting – While Patrick Troughton’s era really had a fair amount of this, the Pertwee era basked in it with all of its Earth based stories. The location shooting really helped the series get away from that cheap look of the studio and video.

8 - Episode counts are lowered – little by little the serials of Doctor Who are becoming more condensed, relying less and less on plots involving the TARDIS crew being captured, escaping, being captured and escaping again. There is less padding and more meat of the story.

7- The Horror – again there is a fair amount of horror in the show and with the Autons, The Daemons and others, the horror is brought home to Earth to scare viewers even more. Mary Whitehouse begins to stir a bit more as Doctor Who is back on her radar.

6. - The Three Doctors – for the first and last time we see all living actors come back to play their Doctor. The story was terrific in that it wasn’t a celebration story like “The Five Doctors” was (trying to cram in as many characters and monsters as possible). 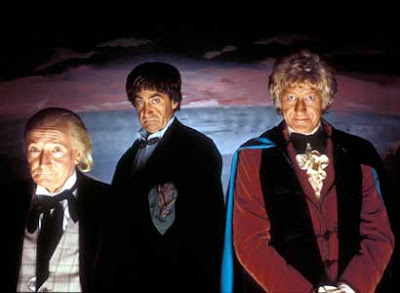 5. - Color – For the first time the Doctor Who series is in color. See the TARDIS in color, The Doctor, The Daleks, the Ice Warriors – all in color.

4.- The UNIT Family – While it is true that Doctor Who was limited to Invasion type stories for a few seasons, the series did develop a group of characters including the staff of UNIT and the Master. This family became part of the series and was enjoyable to watch. The formula worked well for the show, keeping costs down as well as creating character chemistry among all the players.

3. - The Master – We have had a number of Masters over the years and most have been half way decent. Roger Delgado was the best, no arguments. His performance was perfect for the part with an excellent balance of drama, terror and humor. Nothing has come close.

2. -Sarah Jane Smith – The definitive companion for Doctor Who. She was a perfect fit for the type of female companion that refused to make the tea. Actress Elizabeth Sladen had terrific chemistry with both Jon Pertwee and Tom Baker and played the part realistically. Her performance was outstanding.

1 - Jon Pertwee – yet again the producers of Doctor Who brought us a character that was different than the previous Doctors and Pertwee played the part of the dashing hero perfectly. What better set up to bring more action into Doctor Who. 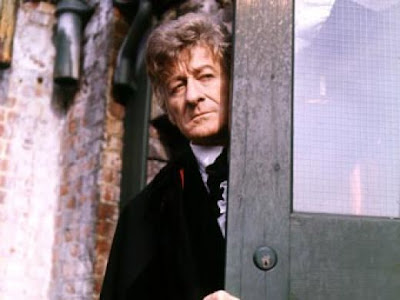