Doctor Who - Journey to the Centre of the TARDIS Review (Spoilers)

Doctor Who
Journey to the Centre of the TARDIS 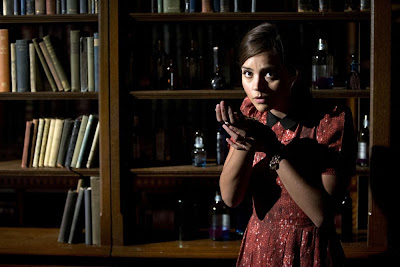 “Journey to the Centre of the TARDIS” is another in the superior format series that this season has been able to put on display for us this year. Yet again we have a simple story with few characters that allows the characters of the Doctor and Clara to shine through and they do so with great success in this episode. 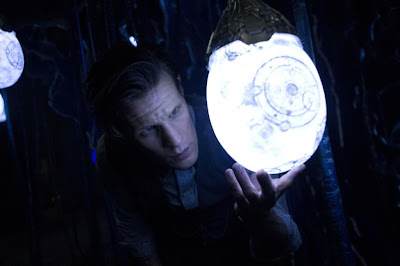 The TARDIS being damaged and its occupants having to survive and figure things out is a great idea that reminds fans of the William Hartnell story “The Edge of Destruction.” In that two part story the TARDIS is on course for destruction and the only way to let the Doctor and his companions know is to drop subtle hints in order for them to figure it out. That 1963 story was fantastic and really was a great way to see the characters of the show and put the actors and actress’s skills on display. The same can be said for” Journey to the Centre of the TARDIS”. The TARDIS is always been a safe spot for the Doctor and for a change it is damaged and on the verge of destruction (The Hartnell title makes more sense actually!). To see this safe element removed is a welcome sight for this viewer, especially when at times the Doctor is completely helpless and cannot find a way out of it. Others might look at this as out of character but if you have a character that is always in control, it can become boring. Its good to see Matt Smith’s Doctor over his head for once. 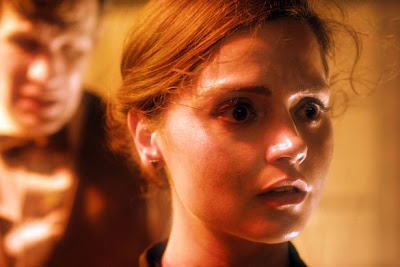 Clara is perfect in this one. Jenna Louise Coleman does an outstanding job being a person in this situation. She is frightened but able to stand her ground, especially as she is by herself for so long in the story. Clara’s and the Doctor’s chemistry soar in this one. They play off one another perfectly while not coming off as sexual tension or flirting (although I am sure some will disagree). It is good to see a healthy relationship that is not about sex.

The design of the TARDIS is spectacular and well conceived. Hopefully we will see more in the future. That telescope room looks interesting. The idea that they are trapped in the TARDIS and must avoid it’s destruction is well executed.

I guess the weakest elements were the salvage crew – not sure why they were even there, other than add some horror realism to the situation. Their sub plot about the brother who thinks he is an android seems tacked on and really doesn’t add anything to the story. One would have thought something else might have been a better substitute for this. The Doctor did need someone to explain things to when not with Clara but it was the second weakest part of the story. 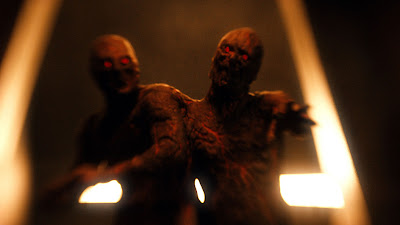 I also was not a big fan of the burnt ‘creatures’. At first I thought they were excellent but the reveal and result had me thinking of why would the TARDIS passengers, after being burnt to a crisp, wander around the TARDIS. Wouldn’t they just… I don’t know, die? The Doctor would regenerate anyhow, right? I then took it that their appearance was only a brief sliver of time, mere seconds during their final death throes and that the TARDIS showed them to demonstrate the danger they were all in. Yes? 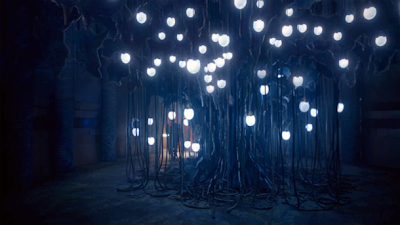 The reset at the end. I dislike when movies and shows reset like this. Doctor Who has done it a number of times, “The Last of the Time Lords” and the 1996 movie are two that come right to mind. They are massive cop outs and while a show like Doctor Who can’t help but deal with this possibility, it is better to stay away from this conclusion if possible. I felt let down by this cop out and how everything completely reset. Basically the episode did not happen. All the events were changed. Basically it was all for us, the viewer learning more about the TARDIS and seeing hints about the upcoming season finale with the Doctor’s name. BTW - I am so not looking forward to seeing a story about the Doctor’s name, it is the least important thing about Doctor Who, as uninteresting as whether River and the Doctor are married or that Amy is River’s mother. Still, it is what the viewers want so there you go! Still, my bet is that the Doctor’s name is George! 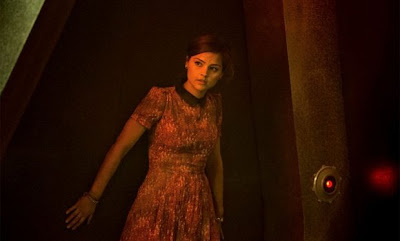 Despite that massive reset, I felt the story was excellent and in the vain of Star Trek – the Next Generation’s “Yesterday’s Enterprise” it shows us an alternative reality story with some great ideas and moments.

Then there was the preview for next week. Oh, well, all good things must come to an end sometime….
Posted by SHADOKP at 9:00 PM

Email ThisBlogThis!Share to TwitterShare to FacebookShare to Pinterest
Labels: doctor who, Journey to the Centre of the Tardis