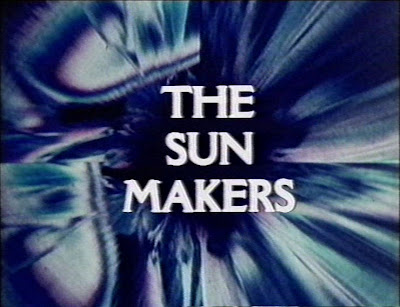 Doctor Who:
The Sun Makers
By Robert Holmes

“You blood-sucking leech! You won't stop until you own the entire galaxy, will you?  Don't you think commercial imperialism is as bad as military conquest?”

The Doctor and Leela land on the planet, well it was when this story was produced, Pluto.  There they stop Cordo from committing suicide.  He was all depressed that he works two work cycles and was told 85 credits would be enough for his fathers death but now it is 115 credits and he can’t work another work cycle to pay it off.

It appears the workers of Pluto are over taxed and over worked by the Collector and his people in the Company.  They are all for making a profit and do not care how they achieve it.  The Doctor, Leela and Cordo make their way to the under city where they meet up with those who have dropped out of the society above. It appears that they want to start a revolution and take the government down and to get rid of all the taxes.  So its up to The Doctor and Leela to help over throw the ruling party and get the people united in the cause. 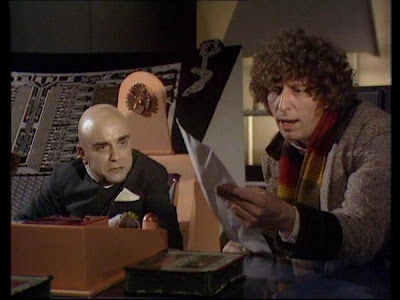 Unfortunately every writer comes up with a clunker.  The Sun Makers is that clunker for Robert Holmes.  The story is mainly based on Robert Holmes and his dispute with the British tax system.  Apparently he was having trouble with his taxes or what Great Britain was doing with taxes that he came up with this satire of a story to poke fun at it.  Unfortunately he wrote a very boring story that lacked in excitement. 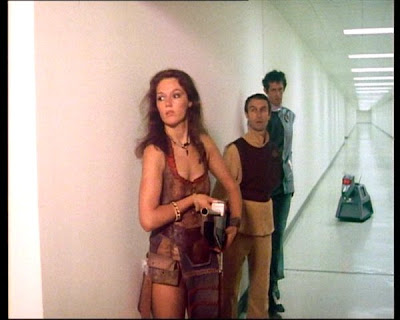 There were some good moments in the story most notably the dialog between The Doctor and the Collector.  In fact there was a lot of good dialog in this story and that has always been a trademark for a Robert Holmes penned story.  Leela was a bit savage more than usual.  I don’t think she was handled well in this story.  You can tell they don’t know what to do with her that much because when she started out The Doctor was trying to teach her and make her better and now she is just a savage idiot and she is more than that. 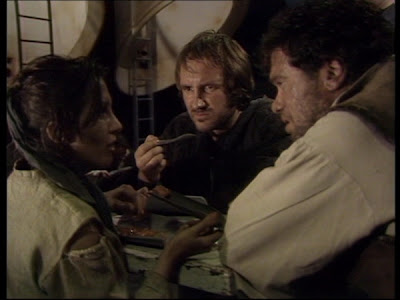 The Sun Makers isn’t the best of Robert Holmes and fairly enough it isn’t the worst as the dubious honor goes to The Space Pirates.  But it is a story that could have been a whole lot more and it also had a great guest appearance by Michael Keating who played Villa on Blake’s 7.  It is also a story that makes you think a little bit about taxes and the way people are treated.
Grade C -
Posted by DR5WHO at 2:00 PM