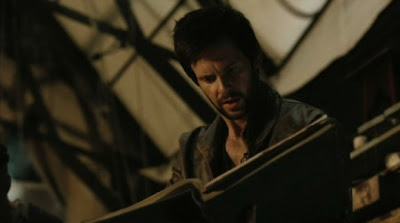 The second episode of Da Vinci’s Demons is actually quite interesting as it involves more about his quest for the Book of Leaves.  He has another vision that tells him he must find the key.  In a pretty grim scene he performs an autopsy on the man that was hanged.  In his stomach he finds one of the keys and he is curious about what the man was also hiding and goes to the area where he was captured.

Da Vinci finds out that the man also had a book that was written in Hebrew.  Da Vinci believes this book holds the key and proceeds to find out what it is.  He is also received a visit from The Popes nephew Count Riario who seems to have the same interest in the key and The Book of Leaves.  He gets his information by torturing Nico who spills the beans.  Da Vinci also must make good on his promise to Lorenzo who he is supposed to make weapons of war for but after his first attempt failed he has only a week to deliver one that works. 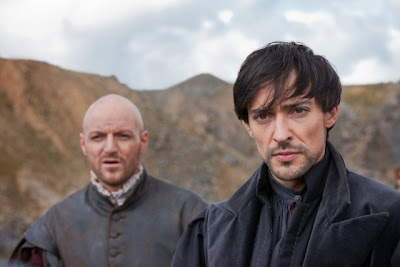 I enjoyed the second episode more than I did the first.  There was a lot more action and the story was a lot better as we get to see Da Vinci be more of a problem solver and try to solve the mystery on this part of his quest for the Book of Leaves.  In fact it kind of reminded me a bit of Sherlock Holmes putting the pieces together to solve a mystery.  This part of the show I liked and the back and forth confrontations with Count Riario who seems to be a good protagonist.

I also enjoy watching him tinker with the weapons he makes.  Making Da Vinci a kind of action hero is actually a pretty good idea and takes the historically accurate stuff out the window and gives the show its own identity.  I did like the comic aspect of it even when his first weapon failed miserably. 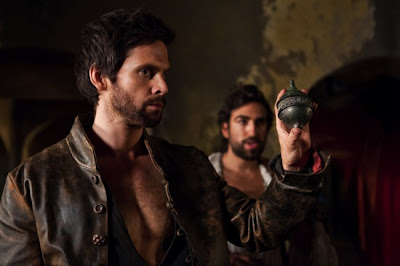 So far the show has entertained me and kept my interest and am really curious about the Book of Leaves and the surprise at the end where the Hebrew book revealed where the Tree of Life could be. Looking forward to seeing more of the action hero and mad inventor Da Vinci.
Posted by DR5WHO at 4:21 PM