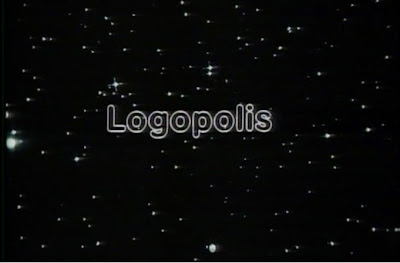 
“It's the end. But the moment has been prepared for.”

The Doctor wants to fix the chameleon circuit and proceeds to head to Earth after much debate with himself.  He explains to Adric what the chameleon circuit can do when working properly and also adds that it was the reason The Master hid from them on Traken.   What he wants to do is go to Earth and measure a Police Box and then go to Logopolis and get a block transfer and hopefully that will fix the chameleon circuit.
They arrive at Earth and around a Police Box but there is something wrong as the Cloister Bell is going off.  The Doctor explains to Adric that when that alarm goes off to expect impending universal catastrophe.  What appears to have happened is that they did not materialize around another Police Box but around another TARDIS and it caused recursive loop between the two TARDISes . 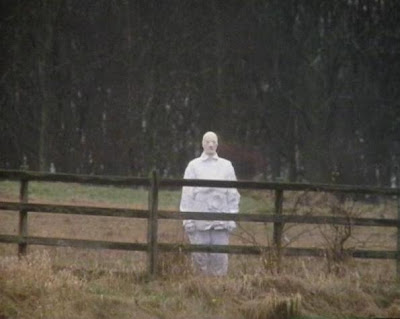 The Doctor and Adric continue to go through all the TARDISes until they find themselves outside.  While they were doing this a young woman named Tegan Jovenka and her Aunt Vanessa car ended up with a flat tire and they parked the car near the TARDIS.  After struggling with the tire Tegan decides to take the flat to a garage but instead decides to call for assistance but instead stumbles inside the TARDIS and proceeds to get lost.   While Tegan gets lost a strange laughing man kills her Aunt Vanessa.  Outside of the TARDIS The Doctor is confronted by Police Inspector and is asked if he knows anything about the two killings.  The Doctor looks in the car and is horrified at what he sees.  Two doll like figures which is the calling card of The Master who has indeed escaped from Traken after all.
The Doctor tries to flush The Master out of his TARDIS by landing in the Thames and open the doors to flood the TARDIS with water.  But that does not go to plan as the land on a boat dock.  There The Doctor and Adric see the Watcher and he motions for The Doctor to him.  The Doctor goes up to the bridge and talks to the white shadow figure and comes back looking stern and determined.  The Doctor tells Adric they are going to Logoplois and they are to prepare for the worst. 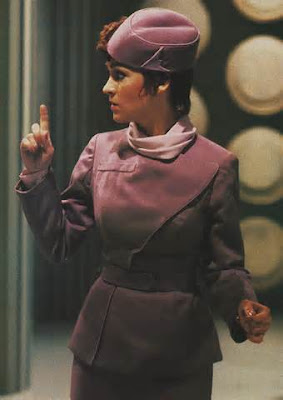 The Doctor and Adric arrive at Logoplolis with Tegan as she finally gets back to the consule room and proceed to give The Monitor the measurements of the police box for the block transfer.  But The Master has meddled with the computations and causes the TARDIS and The Doctor to shrink.  As the Monitor and Adric try to find out what is wrong Nyssa arrives. She said a friend of The Doctor brought her to Logopolis.  While all this is going on The Master is unwittingly working on destroying Logopolis.

The Doctor is restored to normal size after Adric and The Monitor have fixed the problem and decides to confront The Master.  He proclaims he will stop The Master if it is the last thing he does and will not have to wait for that to happen as The Master makes his appearance.  The problem is his meddling with Logopolis and in essence destroying it has allowed entropy to be unchecked and it is starting to destroy the universe.  Now it is up to the old enemies to join forces to save the universe and the price of victory will cost The Doctor his fourth incarnation. 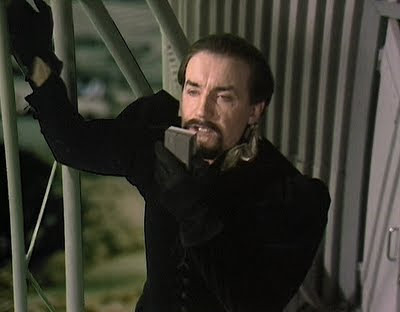 When I first watched Logopolis for the first time I was not aware of the other Doctors and hell I did not know about regeneration.  So when The Doctor fell from the radar tower I did not know what was going to happen.  I thought they were killing The Doctor off and was in shock.  Then the regeneration happened and I was like “What the hell” and then that’s when I knew there were other Doctors.  So Logopolis was a big eye opener and really got me interested even more into Doctor Who and wanted to know more about what I have seen. What was a big bummer and big scream was that I had to watch all of Tom Baker stories again to find out what happens next.  When I first saw Logopolis it was the early 80’s and there wasn’t any internet and Doctor Who Magazine wasn’t readily available at the time like it is today.   But what a shocker that was when Logopolis part four aired it still gets to me every time I watch it and relive the memories of my youth. 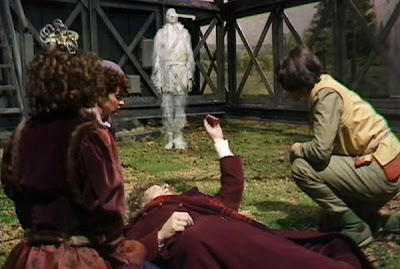 I like Logopolis and its complex plot about mathematics and entropy.  It was a story that was devised by The Master to get The Doctor and for a brief moment he does win. He wins in the fact that he causes The Doctor to regenerate and in instance he kills the fourth Doctor.   I just liked how the two old enemies had to join forces to save the universe and it was something that happened in the Pertwee era where The Master and The Doctor had to work together to save Earth from The Master’s plans that would backfire.  Logopolis was really heavy on the science part and in fact made it all that more interesting.

I find it funny that the last time a human version of The Master was introduced in Terror of the Autons we had a radio tower and in Logopolis we have one also for Anthony Ainley’s Master first real story as The Master.  I’m sure it was coincidence and not planned in any way but it is pretty cool.  Anthony Ainley is pretty good in this and hasn’t begun to be the over the top Master yet.  He plays the Master with style and you can see a good chemistry with Tom Baker.  It is too bad they didn’t have more stories together as that would have been very interesting to see them interact. 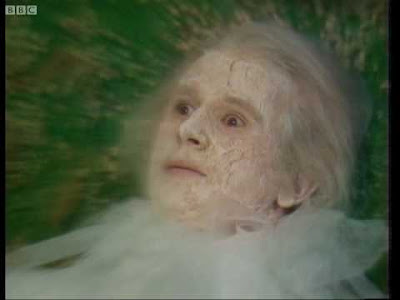 Logopolis will always hold a special place in my heart as it got me into Doctor Who more and was my first regeneration since I did not see Robot but started with Ark in Space.   It is also a great story and send off for the greatest of them all Tom Baker who we all owe a great deal to as he was for a majority of us fans and mainly the older US fans our first exposure to this great show we call Doctor Who. Logopolis also ended a great season also as season 18 came to a triumphant end but more importantly gave us an ending suitable for the greatest Doctor of all time Tom Baker.
Grade A