Doctor Who 50th Anniversary: The Invasion of Time 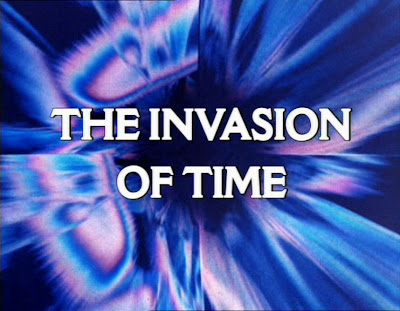 Doctor Who:
The Invasion of Time
By David Agnew

“I claim the inheritance of Rassilon. I claim the titles, honor, duty and obedience of all colleges. I claim the Presidency of the Council of Time Lords.”

The Doctor is in league with the Vardans to take over Gallifrey or is he.  To make his ruse more believable he exiles Leela out to the wasteland after he claims his right to be Lord President of the Time Lords.   He claims his right and puts his plan into motion as he prepares for his coronation.   As the Vardans invade because of the destroyed transduction barrier and take over Gallifrey The Doctor lets Borusa into his ruse.  The Vardans want the great key which is a key element for the D – mat gun.  He plans on using Gallifrey as a vessel to get rid of the Vardans forever by putting their planet in a time loop as they are too viscous of a race to be left unchecked.

Trouble still lurks as with the transduction barrier around Gallifrey has been destroyed by K - 9 to let the Vardans in it appears The Sonatarans have found their opening to invade Gallifrey after the Vardans have been vanquished.  Soon chaos ensues as The Doctor takes everyone into the TARDIS to try and stall the Sontarans as he has Rodan build the forbidden Time Lord weapon the D – Mat gun.  So it’s up to The Doctor to save his own planet yet again from an alien threat. 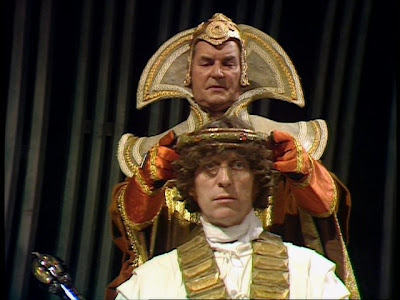 The Invasion of Time is a strange story in that it is actually two stories in one.  First you have the story involving the Vardans.  They actually succeed first in taking over Gallifrey.  The Vardans are one of the silliest races as for most of the time they are shimmering aluminum foil constructs.  It is one of the cheapest looking things the BBC has ever created.  What is even worse is that when they appear they are just humans nothing more. 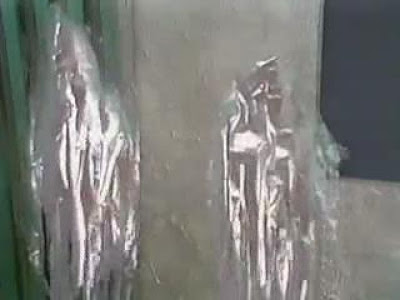 What I did like about the first four parts is that Leela has been given something to do.  She actually gets to be in her element in the wasteland and rallies the Time Lords into taking back their planet.  It is her last story after all so it was good to see her do something.  Unlike the previous stories that Robert Holmes wasn’t script editor for it seemed like they pushed her to the background. 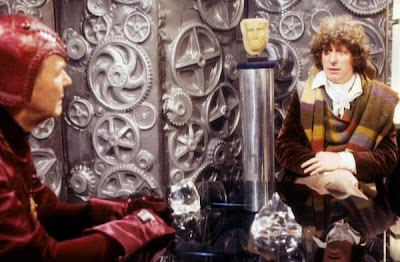 When Leela was used right when they first introduced her she was pretty good and The Doctor was trying to teach her to and help her break away from her violent ways.  I always liked her character and thought it was a good idea to have a primitive person travel with The Doctor and have him teach her and make her a better person.  Louise Jameson played her really well and still does in the Big Finish audio adventures.   I do think her departure was kind of lame.  She only meets Andred for a couple of moments in the last two episodes and she falls in love with him and decides to stay on Gallifrey.  Not the way I pictured Leela leaving actually. 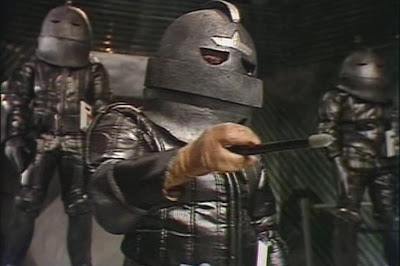 I like the last two parts even if it is just everyone running away from the Sontarans.  What is really good is that you get to see different rooms in TARDIS and we go deeper than ever before inside the great ship.  It is great seeing everyone running from the Sontarans inside the many corridors and rooms of the TARDIS.  My favorite is the garden room where a Sontaran gets engulfed by a huge plant mouth. 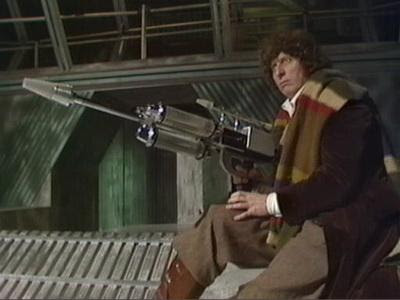 Castellan Kelner wins Time Lord of the year in this story.  He is such a worm that first he sides with the Vardans and then when they are vanquished he sides with the Sontarans. What a turncoat and such a lousy Time Lord.  Kelner is such a worm and I guess that the story needed a human villain to counter balance The Doctor and put doubt in his fake evil ways to the Vardans.  He quickly changes alliances and sides with the Sontarans and turns on his race yet again.   He must really have a grudge against his fellow Time Lords to do that. 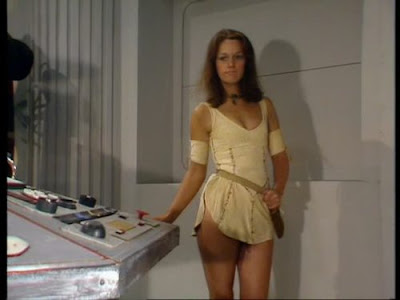 The Invasion of Time is a decent story that has some fun moments and is also fun to watch.  It isn’t the best story or the worst but we also get to learn some more Time Lord mythology in the process. We also get one of the worst Sontaran masks ever and one of the worst portrayals also.  It is also the last appearance of the first K- 9 and Leela and we also get another Gallifrey story So there is something for everyone.
Grade B -

Email ThisBlogThis!Share to TwitterShare to FacebookShare to Pinterest
Labels: 4th Doctor, doctor who, Doctor Who 50th Anniversary, The Invasion of Time, tom baker