Doctor Who 50th Anniversary: City of Death By @Blackadder345 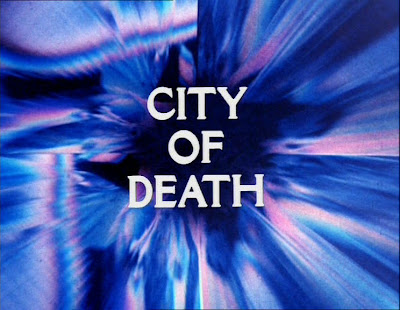 Doctor Who:
City of Death


Reviewed By Will Barber

Romana II: Where are we going?


The Doctor: Are you speaking philosophically or geographically?


The Doctor: Then we're going to lunch.


The Doctor and Romana arrive in Paris, 1979. The Doctor decides they need a holiday, so they begin to explore the beautiful city but something is going on. Valuable and beautiful works of art are turning up all over the place in auction houses. The only thing that links these lost treasures is their owner: Count Scarlioni. The Count is using the money to create disturbances in the fabric of the universe. He wants to alter human history. The Doctor and Romana, with the help of English private eye Dugan must stop him or the history of Earth will be changed forever and the Jaggaroth shall rise once more. 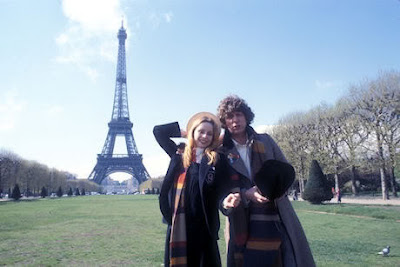 This story was written originally by David Fisher and then heavily re-written by Douglas Adams and Grahame Williams.  It was the first Doctor Who story to be filmed outside the UK.  Most rushed together TV stories for instance, The Invasion of Time (1978) are very much a yawn fest.  However, every so often mad pressure and whooshing deadlines make something fantastic.   City of Death is one of those instances. 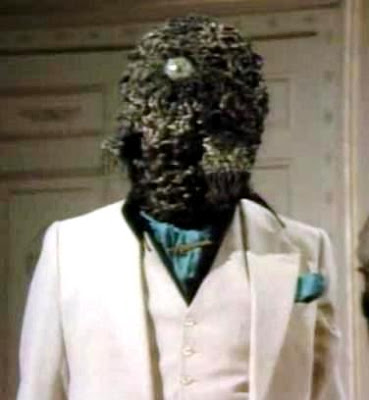 Sitting in my house with rain falling outside, I wonder if City of Death would have been as good if Douglas Adams and Grahame Williams had not re-written it.  The answer is no. The whole story radiates Adam’s natural humour. If you took The Doctor and Romana out of the story and added Ford Prefect and Arthur, you could easily have a Hitchhiker’s story. All the characters in the story, from the Count to Dougan could easily be Hitchhiker’s characters because the brand of humour you see in the story screams Douglas Adams. 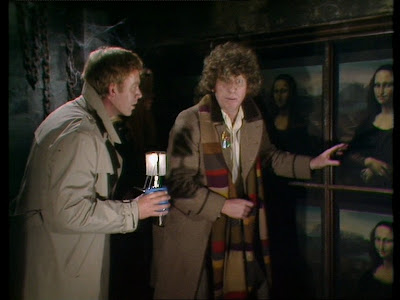 Tom Baker portrays The Doctor in this story at the height of his powers. In the previous season Baker seemed enthusiastic about the role but not as much as he had been when he first joined the show in 1974.  Baker obviously loves the script and plays it to his advantage. One moment The Doctor is funny, the next deadly serious. Baker seems to have regained the energy and the lust for playing the character which he has not really had since Sarah Jane left in The Hand of Fear, 1975.  I would go so far to say this is Baker’s finest performance as The Doctor, outside his first two seasons. Indeed this story really does show why a lot of Doctor Who fans think he is the best Doctor of them all. 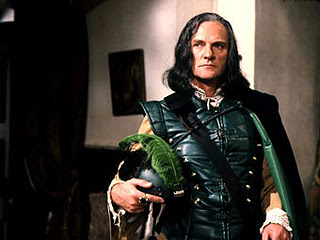 Julian Glover as Scarlioni, is sublime.  Glover and Baker muscle for dominance in every scene.  The scenes in Renaissance Florence are a particularly good example.  Baker and Glover are brilliantly balanced as hero and villain. Glover is almost a Bondish villain, without going into the absurd “so we meet at last Mr Bond,” type acting which is one of the things that makes so many good films feel rubbish. Glover is constantly in control of the scenes he is in.  Like Skagra, (Shada, an uncompleted Douglas Adams story from 1979.) Scarlioni has a ruthless streak which is a trademark of all Adam’s villains. Count Scarlioni stands out as probably the most believable and also the most frightening, of the Doctor Who’s villains of season 17. 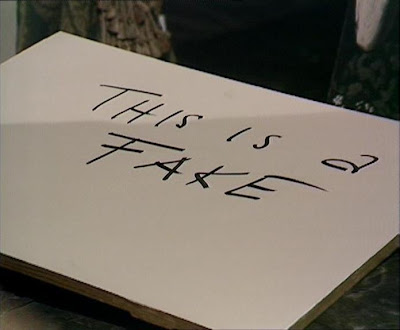 City of Death was the second story in a season which is rather like Marmite. You either love it or you hate it.  If I’m honest, I rather love it.
Posted by DR5WHO at 6:00 AM