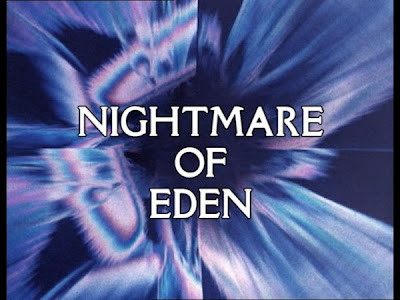 Doctor Who:
Nightmare of Eden
By Bob Baker

The Doctor and Romana answer a distress call from the space liner Empress which had gotten itself locked with another ship the Hecate while in hyperspace.  They soon get involved with trying to free the two ships when The Doctor discovers that someone is smuggling the drug Vraxoin.  Vraxoin is a very addictive and dangerous drug and it is very serious situation that whoever is smuggling it be stopped.

But things do not go as planned as the Customs agents from Azurian have boarded and the man in charged Fisk demands that The Doctor and Romana be searched.  They find traces of Vraxoin on The Doctor and accuse him of being the smuggler.  All is not going well as there is a mysterious person walking around the ship and the Mandrils have gotten loose from the Eden projection of Tryst’s machine and are now wreaking havoc. But The Doctor has discovered their secret and has his hands full solving the mystery out and separating the two ships. 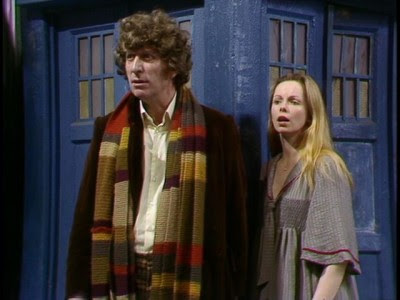 Nightmare of Eden is the third best story of season 17 by default.  You see season 17 isn’t all that good and well The Creature From the Pit and The Horns of Nimon are just really bad.  Season 17 could be described as the arm pit of the Tom Baker era as the stories were just way to silly and just well not good and the science fiction in them is just plain mediocre.   Nightmare of Eden is just well silly and a tad bit ok to watch. 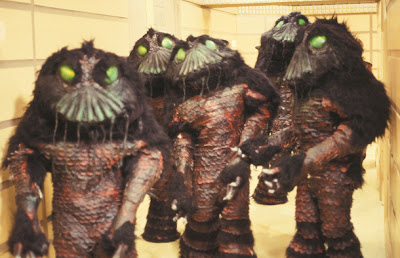 Nightmare of Eden does have a good theme and message that does resonate to current events with the drug smuggling and the dangers of addiction.  So you have to give the production crew props for that.   Not often does the writers message in Doctor Who is that obvious as most of the time it is subtle like with taxes or politics and stuff like that where the parents mainly understand but the drug message is pretty clear for all. 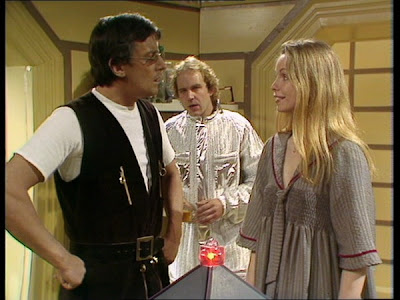 Nightmare of Eden starts off pretty well and what happens all too much this season is that it turns into a silly farce.   Especially in part 3 when the custom cops come about and start making a mockery out of everything and you can tell they were added for comic relief.   With all that aside and get past the silliness of the Mandrils also who don’t really do much and have no rhyme or reason for doing what they are doing except for being the monster of the week the story is not bad. 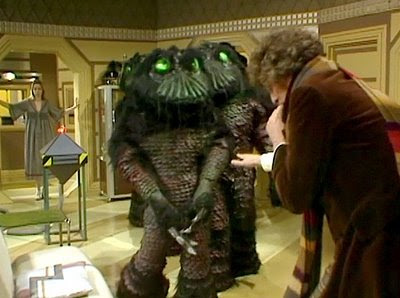 The story is actually pretty decent and is clearly hampered by the silliness and poor direction as Graham Williams took over director duties and you can tell just by watching that this was not a happy shoot.   Even with all its problems Nightmare of Eden isn’t all that bad as season 17 has shown us that there is worse stories than this one.
Grade C