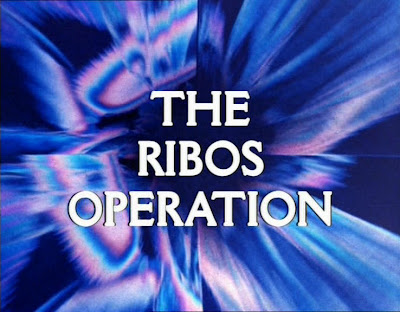 Doctor Who:
The Ribos Operation
By Robert Holmes
“The Key to Time is a perfect cube, which maintains the equilibrium of time itself.
It consists of six segments, and these segments are scattered and hidden throughout the cosmos. When they are assembled into the cube, they create a power which is too dangerous for any being to possess.”
The Doctor is recruited by the White Guardian to find all the segments for the Key to Time.  There are six segments and they are hidden throughout the universe and they can be disguised as anything.  The reason for attaining the segments is that The White Guardian needs it to rebalance the universe.  Such a time is approaching in which the universe needs to be balanced again and The White Guardian wants The Doctor to find all 6 segments.

The Doctor is given a new assistant to help him on his search.  His new companion is a Time Lord who goes by the name of Romanadvoratrelundar, or Romana or Fred, who has a locator that is attuned to the Keys likeness.  The locator brings the TARDIS to Ribos where the pair searches for the segment.  The segment is disguised as a piece of Jethrik that is with the crown jewels of Ribos.

The Doctor and Romana find that getting the first segment of the Key to time will not be easy as they need to be weary of thieves, an ousted ruler the Graff and whatever lurks in the catacombs of Ribos. 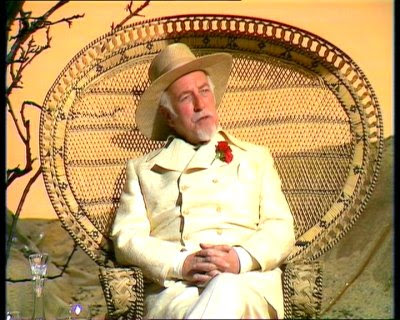 Doctor Who takes on a new direction with Douglas Adams taking over Script Editor Duties for the next two seasons.  You can tell that his comic influence was felt in these stories as they left behind the dark and gothic feel of the past script writer who incidentally writes the first story for the Key to Time season.  In fact since Graham Williams took over as producer the show was slowly moving away from that style and more so when Robert Holmes left as Script Editor mid way of season 15 when Anthony Read took over briefly.  So now we are in the Douglas Adams era and things were different. 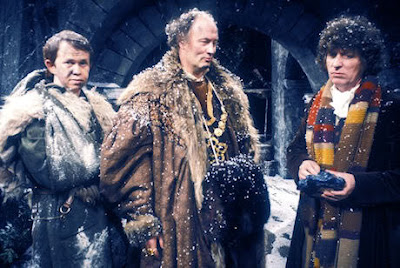 One of the things that was different was that Tom Baker was way over the top and adlibbed way too much and seemed to do pretty much what he wanted up to a point.  The stories were more light hearted and not as complicated as the past and were fun to watch and follow.  What was really good and imitated later on when the series returned in 2005 was the umbrella story of linking the whole season with the Key to Time.  This was a really good idea and was really interesting as you did not know what the Key was hidden as.

The Ribos Operation starts it off with a Robert Holmes story and it is a pretty decent story and filled with all the things you would expect from him.   In fact this story does hark a bit of the gothic feel to it especially in the catacombs.  I liked the introduction of Romana and really liked how Mary Tamm portrayed her.  Romana’s holier than now attitude and the way she thought she knew better than The Doctor. 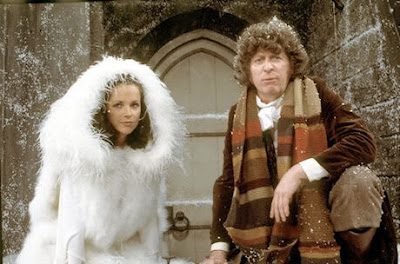 The Ribos Operation starts off the Key to Time Season 16 one a good note with a basic story that at times is fun to watch with some good comical moments.
Grade B –
Posted by DR5WHO at 5:11 PM