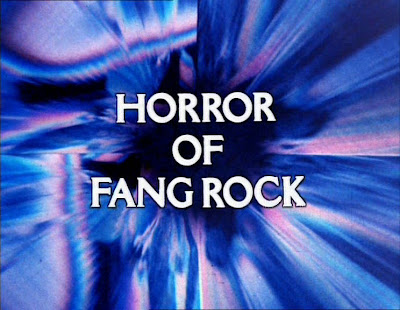 Doctor Who:
Horror of Fang Rock
By Terrance Dicks

“The chameleon factor, sometimes called lycanthropy. Leela, I've made a terrible mistake. I thought I'd locked the enemy out. Instead, I've locked it in, with us.”

The Doctor and Leela were hoping to arrive in Brighton but find themselves on the cold and damp rock of an island called Fang Rock.  There they take shelter in a lighthouse where unfortunately one of the keepers in residence Ben was found electrocuted near the generator for the lighthouses electric light.   The Doctor is examines Ben’s body and comes to the conclusion that he wasn’t electrocuted by the generator but by other means.  He surmises that it is an alien that has a high electrical discharge and needs the use of the generator for his ship.

The other keeper Vince said he saw a something fall from the sky and it looked like a fireball.  This has The Doctor more convinced that they are dealing with an alien.  But things get worse as another boat has struck the rocks. A  Boat filled with rich people out on a lark and now is stranded in the light house when now the old keeper Reuben has now been killed.   The Doctor thinks he has made a grave error as he thought he locked the alien out and it now appears that he has locked it in with them.  What makes matters worse is that The Doctor discovers that it is a Rutan and is on Earth to get a strategic foothold in their war with the Sontarans.  The Doctor must find a way to stop this electrified foe and from keeping Earth away from that age old war. 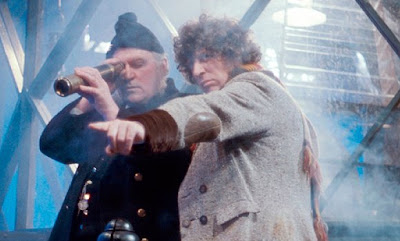 Terrance Dicks returns to Doctor Who after a couple years absence and gives us another classic in Horror of Fang Rock.   The base under siege story is a favorite of mine and using a lighthouse for a setting is actually pretty clever.  There isn’t much to go in a lighthouse and the sets they used did give a big time sense of paranoia.   With The Rutan creeping about and using Reuben’s body it added to the scare factor of the story. 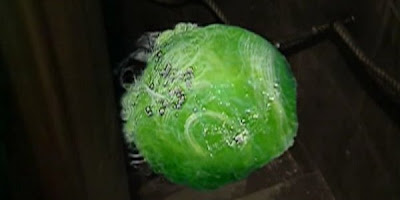 I liked The Rutan.  Using its tentacles to kill electrocute the people in the lighthouse was pretty good but one thing.  Why did its victims just stare at it and allow themselves to be electrocuted.   As slow as the Rutan moved and even when using Reuben it seemed you would have plenty of time to escape except for the greedy Skinsdale who had to get the diamonds The Doctor through on the ground which had a quite shocking end.  Plus I loved how The Doctor used the lighthouse as a weapon by using the diamond and the big light and using to reflect the energy back at the Rutan ship. 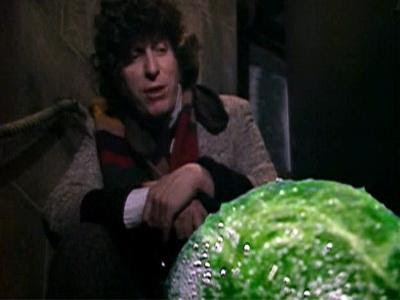 Horror of Fang Rock is a basic story that is really easy to follow. It’s a basic monster story but it has a unique setting and it worked really well.  It’s a favorite of mine and it is just a great monster story where The Doctor just barely saves the day as what doesn’t happen all the time everyone dies except The Doctor and Leela.
Grade B +
Posted by DR5WHO at 2:45 PM